NVIDIA is going to announce their latest GeForce NOW game-streaming service on 1st October. Initially known as GRID, the GeForce Now is the official name of the service as its finally comes out of beta phase and makes a public launch based on an entirely new platform and architecture that is faster, reliable, robust and better. A few months ago, NVIDIA's CEO, Jen-Hsun Huang regarded the service as the Netflix of gaming and will be available to play across the several Tegra based Shield devices from NVIDIA. 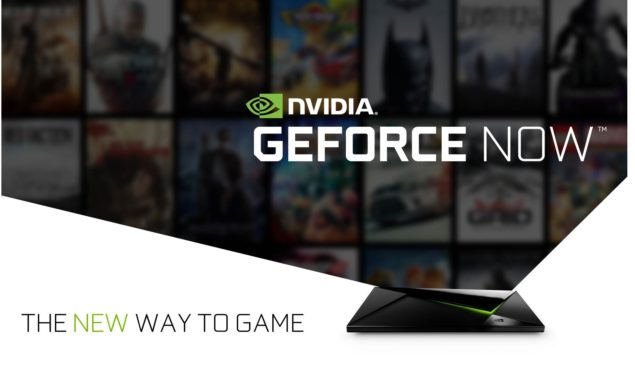 NVIDIA's GeForce Now Game-Streaming Service is the Netflix of Gaming

At GDC 2015, NVIDIA made two big announcements regarding their Shield Family. First was the launch of the latest Shield device powered by the Tegra X1 SOC that was specifically built to work around the GRID services such as game-streaming and video-streaming at up to 4K resolution and at a smooth 60 FPS. The GRID services will utilize Nvidia’s vast distributed computing architecture over the cloud. Jen-Hsun Huang said that for him to use GRID, it takes approximately 150 milliseconds for an image to actually be rendered. It’s in “half the blink of an eye”. This latency is far faster than we should theoretically be able to perceive in the real world. NVIDIA has ensured that their GeForce Now service will be a smooth experience at launch when it comes out on October 1.

NVIDIA will have two types of services available, that of a subscription model to play games included within that subscription, as well as a buy and play model, where individual games can be paid for and played. This model mirrors that of the PlayStation Now streaming service. In the case of purchasing a game for your local account, the game will be tied to your account and workable offline as with any other digital gaming service on PC. The backend infrastructure may actually be similar. As far as the pricing model is concerned, NVIDIA has suggested a $8 subscription price per month with the service being offered for free for the first three month for all registered and new Shield users.

AAA games have been promised to be released simultaneously with other digital platforms, so you can start playing them nearly right away. Many AAA and other acclaimed games are already available in the GRID store. Sometimes you might even be able to play before others may due to the lack of pre-loading.

The service itself will actually be fast with users hopping into to the selected titles just half a minute after launching the game and around 50 titles will be available to users on launch without any additional charges. Some of these new titles will include hits such as Shadow of Mordor, Witcher 3, Saints Row IV, Resident Evil Revelations 2 and LEGO: Jurassic World. NVIDIA has invested a lot in Virtually connected servers that run over the cloud during the last few years and they recently updated their GRID servers with better and faster tech. The GRID 2.0 servers make use of NVIDIA's Maxwell core architecture which is the same architecture powering their Shield Micro-console. The new hardware allows game streams at both 1080P and 4K resolutions with 60 FPS.

The NVIDIA GeForce Now service is going to launch tomorrow on 1st October and will be available in North America, Europe, Japan and South Korea. The service will be supported on Tegra Shield devices which include the NVIDIA Shield Tablet, NVIDIA Shield Portable and NVIDIA Shield TV-Box.