A known leaker has commented that the upcoming NVIDIA Ampere die is going to be 627mm² large. The source is reliable but they have annotated that with the statement that they are not sure so this is 100% a rumor at this point so grain of salt, face-value et all applies. We would not be surprised if this turns out to be the case because word on the vine is that NVIDIA has moved its gaming Ampere lineup to Samsung's 8nm node and 627mm² would be around the maximum limit of the reticle (it can certainly go higher but yields fall off significantly after this point).

Keep in mind, even if this tweet turns out to be true, we are not sure at this point whether this refers to SKU10, 20 or 30. The RTX 2080 Ti had a 754mm² but was based on the 16nm process (12NFF is essentially 16nm FF with optimizations). Shifting to Samsung's 8nm process (which is basically 10nm with optimizations) should allow for a minimum 30% more density holding performance constant and accounting for a slightly increased power draw. This means you are looking at the equivalent of a 895mm² GPU as fabricated on the 12NFF process.

Based on the expected power level of this chip [opinion] we expect this to be the Big Ampere GPU for Gaming [/opinion]. This might be the RTX 3090 or the RTX 3080 / Ti variant. One thing is for sure, NVIDIA is planning to roll out some extremely powerful GPUs this lineup and regardless of which SKU this turns out to be, we are in for a massive performance uplift (and hopefully a performance per $ reduction as well). 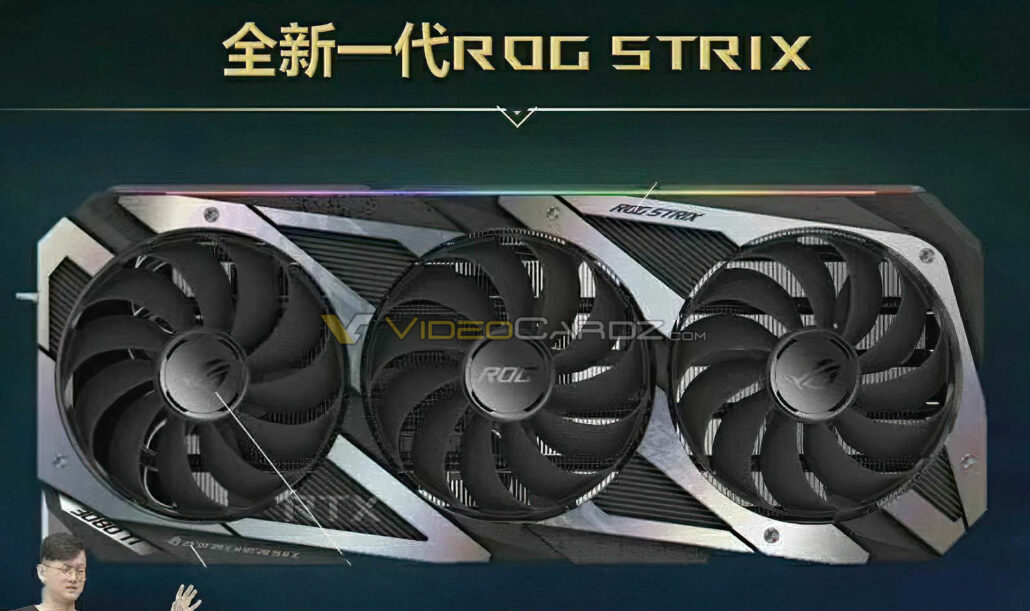 An alleged picture of the RTX 3080 Ti (not confirmed).

Shifting from TSMC to Samsung might also be the logical move here considering 1) Samsung has enough cash reserves to offer the process for cheap and 2) will have ample volume to meet NVIDIA's demands. Samsung's 8nm process is based on the 10nm backbone and will be 10% more energy-efficient than 10nm. 8nm will still be a massive jump in performance from NVIDIA's 12NFF (which is essentially just an optimized version of 16nm) and the company could very easily supplement the lower energy efficiency by feeding it more power (that might explain the high TGP ratings for the RTX 3090 we saw earlier). Oh and by the way, Igor has also confirmed the move to Samsung. 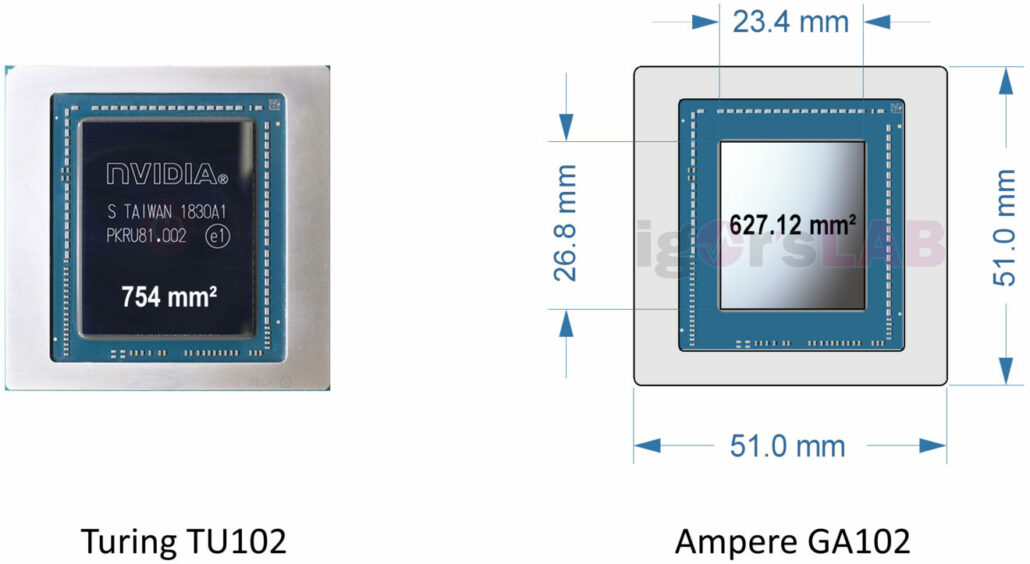 We had initially heard that NVIDIA might decide to do a staggered launch with some high-performance parts (like the purported RTX 3090) going to TSMC 7nm and lower end parts going with Samsung but according to Kopite, all parts and segments are going to be based on Samsung's 8nm Process and they are 100% sure about it. This means that RTX 3090, RTX 3080, 3070 and so on - all SKUs are going to be based on the 8nm process. Since the process is less efficient than TSMC's NVIDIA would need to slightly increase the TGP across the board to still give the massive performance leap we have been seeing in leaked benchmarks (and boy is it something to behold).

The source has also previously stated that NVIDIA's future Tegra processors are going to be based on the same process as well. NVIDIA felt the brunt of its dependency on TSMC for the first time when AMD booked all of spare 7nm capacity with its CPUs and GPUs. At the end of the day, it really doesn't matter whether we get the RTX 3000 series on the TSMC 7nm process or Samsung's 8nm - what matters is performance and we fully expect them to retain their performance lead over AMD.

Which part do you think this is?