Forza Horizon 3 is the latest installment in the popular racing franchise from Microsoft. The new open world racing game happens to be the most expansive & visually compelling of the series to date. The development team has done a tremendous job in digitally re-creating a part of the world rarely visited in video games. I'm of course referring to the continent down under, Australia.

The diversity in scenery and the way it was expertly paired with an impeccable attention to detail makes Forza Horizon 3 by far the most visually impressive and immersive game in the series yet. However, as hardware testers around the web have already managed to figure out, it did come at a considerable performance cost. The game, while manages to be visually satisfying, also manages to be disappointingly punishing even on extremely high-end PCs.

First things first. Forza Horizon 3 is exclusive to Windows 10 on the PC as it's been developed exclusively for DirectX 12. Which means that if you want to play this game on PC you'll want to make sure that you have a DirectX 12 compatible graphics card. It also naturally means that you will have to be running a Windows 10 operating system.

Before we get to the performance figures let's take a quick look at the game's recommended system requirements first. Because in this case, we believe that they represent a realistic view of what kind of hardware is actually needed to play this game at 1920x1080.

Straight away you'll notice that the recommended GPU requirements from both Nvidia & AMD are surprisingly hefty for 1080p and that's for good reason. Because once you open the taps and max out all of the game's graphics settings you will need every bit of that GPU horsepower.

Starting off at 1920x1080 and high settings you can expect a 60+ FPS average with either an AMD Radeon R9 290 or an Nvidia GeForce GTX 970. For a 30+ FPS average AMD's brand new entry level AMD Radeon RX 460 does a more than adequate job. Although surprisingly you will need to spring up to the higher tier, and more expensive, GTX 770 to match the same framerate. The GTX 770's closest equivalent from the AMD side, the R9 380X, manages to deliver nearly double the performance. 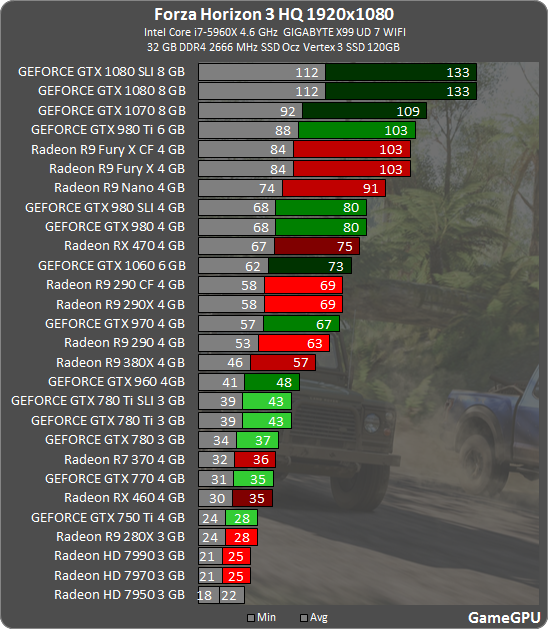 In fact, the R9 380X, a graphics card which went for $240 for most of its life cycle, manages to thoroughly outperform even the highest end Kepler based GPU from Nvidia the GTX 780 Ti. A GPU that went for $700 for the entirety of its life cycle. Comparing the GTX 780 Ti to the R9 290 which came out sooner and was priced at a good $300 paints an even more grim picture for the GTX 700 series flagship. It's clear then this game does not like Kepler one bit. Which has become somewhat of a pattern with DirectX 12 games in general.

Moving on to AMD's & Nvidia's most recent GPUs, the Radeon RX 470 manages to outperform the GeForce GTX 1060 6GB. Which is somewhat of a surprise considering that the GTX 1060 is faster on average in DirectX 11 games compared to the 470's bigger brother the RX 480. So this is likely another case of Radeons benefiting more from DirectX 12 than their GeForce counterparts. 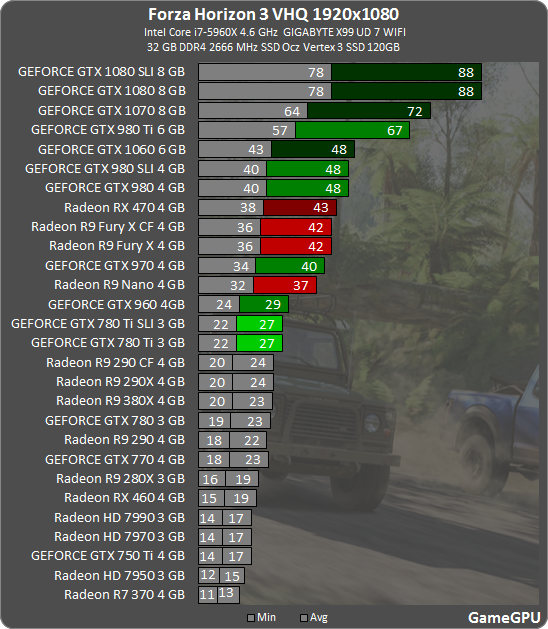 Cranking up the settings to their max makes things a lot more interesting and irritating at the same time. For one the performance drops like a rock. We're talking about cutting your framerate by nearly a half with an Nvidia GPU and even more than that with an AMD GPU.  What's interesting here is that the performance degrades so significantly that it actually ends up no more than a smidgen faster than running the game at high settings at 4K. 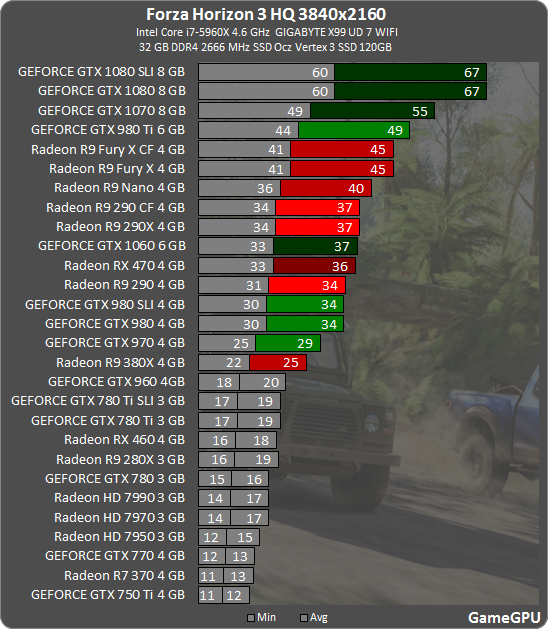 In fact, the R9 Nano manages to deliver higher framerates at 4K using high settings than at 1080p using the Ultra preset. Now, the irritating part. What exactly do you get in exchange for half your framerate? well... perceptually speaking? pretty much nothing.  You'll be hard-pressed to find any differences between the Ultra preset & the High Preset even if you look at both images side by side.

It's genuinely frustrating to see this much GPU horsepower effectively going to waste. An issue that's reminiscent of what we have seen with some Nvidia optimized GameWorks titles in the past. This in combination with reports of the game's DRM resulting in stuttering & performance issues will assuredly leave a bad taste in some PC gamers' mouths. With that being said your best bet is to leave the graphics settings at the "high" preset for an ideal balance between performance and visual quality. Quite frankly, the game looks breathtaking as it is at high settings. Making any potential frustration with the game's performance at max settings easily avoidable.

Forza Horizon 3 launches on PC and Xbox One on September 27th. Are you going to be picking a copy up? What's your take on the game's visuals & performance? share your thoughts in the comments below.