NVIDIA and AMD GPU market shares for the fourth quarter of 2016 have been posted by Jon Peddie Research. Just a few days ago, the publication posted the overall market shipments in the GPU business which saw a tiny 2.4% increase compared to the last quarter due to a sluggish PC market at the current moment and the other the fact that next-gen, FinFET based GPUs are on the verge of arrival hence in their anticipation, most users are holding off their purchases. 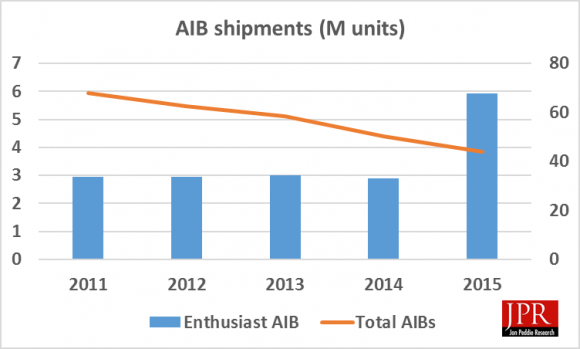 Hardware such as the GeForce GTX 980 Ti and Radeon R9 Fury X has really proved that price is not a matter for PC gamers if the hardware they use offers great gaming performance and the AAA titles leverage by using the new graphics features incorporated in the current and next generation of graphics cards. Regardless of the PC market, the PC Gaming and DIY market remains strong as ever which has led AMD and NVIDIA to see increased shipments even with current generation hardware that was introduced in early 2015. The holiday season deals, price cuts and gaming bundles did really entice gamers to by GCN and Maxwell powered cards.

The desktop discrete Radeon graphics cards saw a 6.69% increase in shipments from previous quarter due to the highly competitive price cuts for their cards in the holiday season along with improved driver support in the form of Radeon Software Crimson drivers. AMD’s notebook discrete GPU shipments witnessed another major blow in Q4 as they didn’t introduce any new mobility Radeon graphics card for the platform leading to a 1.3% decline in shipments.

In the GPU shipment report, NVIDIA's shipments for discrete GPUs fell 7.56% compared to the Q3 2015. NVIDIA had captured a good chunk of discrete GPU market with their GPUs on the desktop front so their shipments are expected to fall as demand lowers. On the notebook side, NVIDIA launched a couple of new chips along with the industry’s fastest mobility GPU, the GeForce GTX 980. These new Maxwell powered chips led to the total notebook discrete GPU shipments to see a rise of 34.2%. 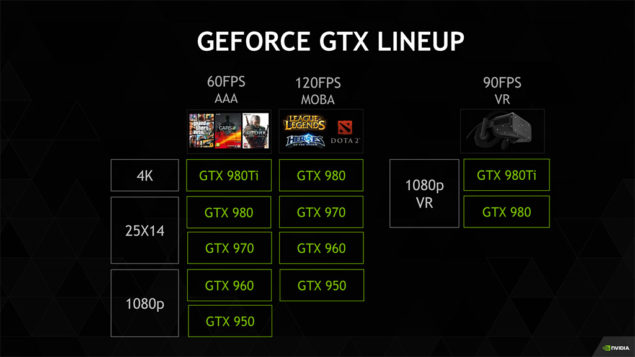 NVIDIA's market share peaked out in Q3 2015 by bagging 81.1% of the discrete / AIB market but it fell down to 78.8% in Q4 2015 since AMD managed to snatch away some of their share. It's highly likely that users utilizing the older Kepler based cards which still amounts to a large NVIDIA user base upgraded to Radeon cards due to better price to performance ratio set by AMD. Overall, NVIDIA's GPU shipments for Q4 2015 were reported 8.4% higher than the previous quarter.

Talking about the industry as a whole, the total AIBs shipments decreased 4.9% compared to previous quarter and 7.9% compared to previous year. In 2013, AIBs managed to ship a total of 65 million discrete graphics cards while the peak was reported back in 1999 when the industry shipped 114 million units. 50 million shipments is still a good figure considering that the industry has been stuck with an older (28nm) process for a while and the FinFET based solutions are being eyed at by gamers that will launch in mid of 2016. Expect both GPU makers (AMD and NVIDIA) to report vast increase in shipments later this year when Pascal and Polaris hit the market shelves in full swing.