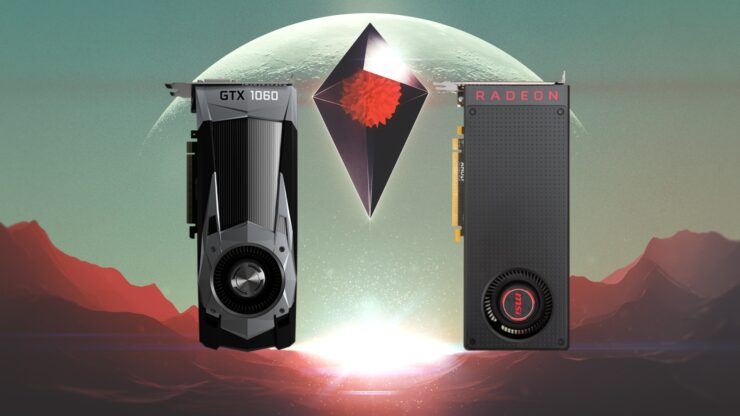 When NO MAN’S SKY hit Steam on August 12th it wasn’t exactly a great performer. Many people were instantly comparing it to the launch of Batman: Arkham Knight. And to be honest they weren’t wrong in doing so. Since its terrible PC debut the team over at HELLO GAMES working with an outsourced QA team to correct a lot of these issues as fast as possible.

I feel we’ve given them plenty of time to correct many of these issues since they released a few patches. and want to take an opportunity to see how the game is running in its current state with the Radeon RX 480 8GB and the GeForce GTX 1060FE 6GB in both 1080p and 1440p scenarios. Being that this isn’t the easiest game to benchmark due to the wildly varying landscapes, vegetation, and life forms you are likely to encounter. What we did was find a fairly vegetative planet with a good amount of water as well to set up a quick test area. We take a run around on the ground before jumping in our ship and flying for a moment then rocketing into space to turn back and look at our planet. For those wondering, no this is not the experimental branch that was made available a few days back. 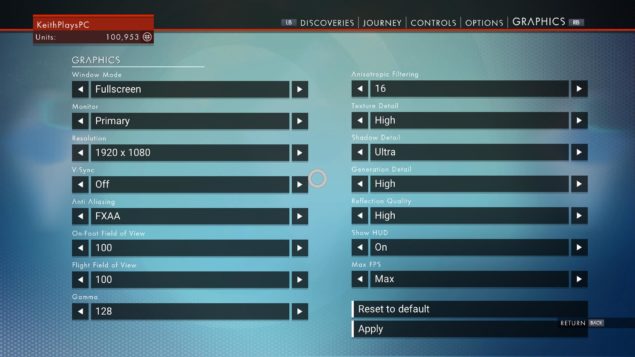 Something we did do for this test was to leave the anti aliasing at FXAA as 4xSSAA showed no visual differences with all other settings maxed out. It also appears that one of the fixes that were implemented is that Anisotropic Filtering is now working.

We’ve included this video recording of our test run that was used so that you can see what all is going on in our testing.

Something we did do for this test was to leave the anti aliasing at FXAA as 4xSSAA showed no visual differences with all other settings maxed out. It also appears that one of the fixes that were implemented is that Anisotropic Filtering is now working. 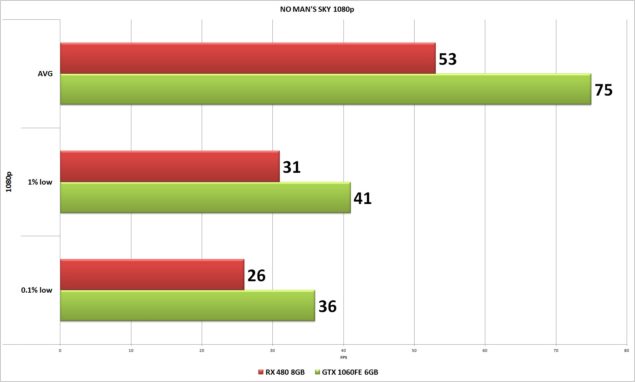 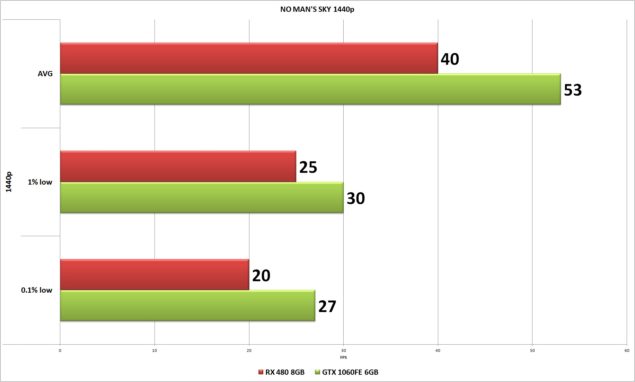 Being that NO MAN'S SKY is an OpenGL 4.5 title these results came as no surprise to me.  GeForce has traditionally outpaced Radeon when it comes to OpenGL and I expected nothing different here.  The game is still perfectly playable on Radeon cards as I've played it and have seen many others do so as well.  It is quite concerning to see these two perform so low, given the game isn't exactly visually taxing.  That comes at the detriment of the game engine's heavy use of voxels and other choices that led to a visually varied game that's still rather bland. But it will be interesting to see how and if the game and drivers will continue to be optimized.  It appears that player base is dropping off quickly as a result of the game's performance issues as well as pitfalls in the game play.