Nioh’s Game Director: The Game Will Take 70 Hours on Average, No Plans for PC Release Currently 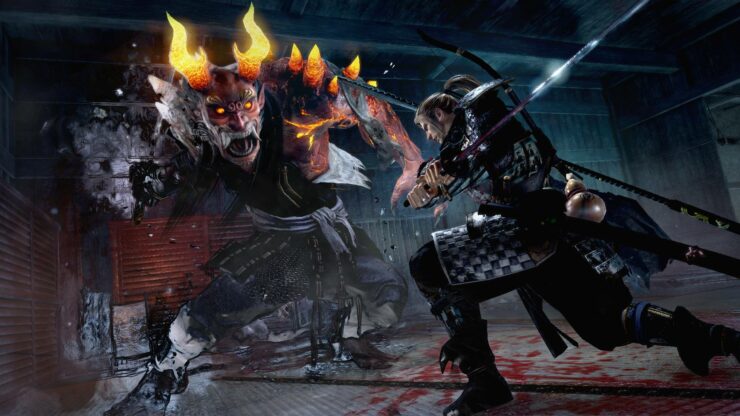 Team NINJA was once considered the premiere development team for character action games, mainly due to the success of the first two Ninja Gaiden games, both known for their difficulty. With the series' decline, the throne of most challenging action game was eventually snatched by From Software's Dark Souls, but Team NINJA is planning a comeback with Nioh.

In development for Sony's PlayStation 4 and due for release in just over three months from now, Nioh follows the story of first-ever Western samurai William Adams though with several fictional twists, starting with the fantasy setting (Adams will have to fight supernatural threats like yokai and oni, which are basically demons). We've prepared an exclusive interview with Game Director Fumihiko Yasuda, who revealed some new details of Nioh. Enjoy! 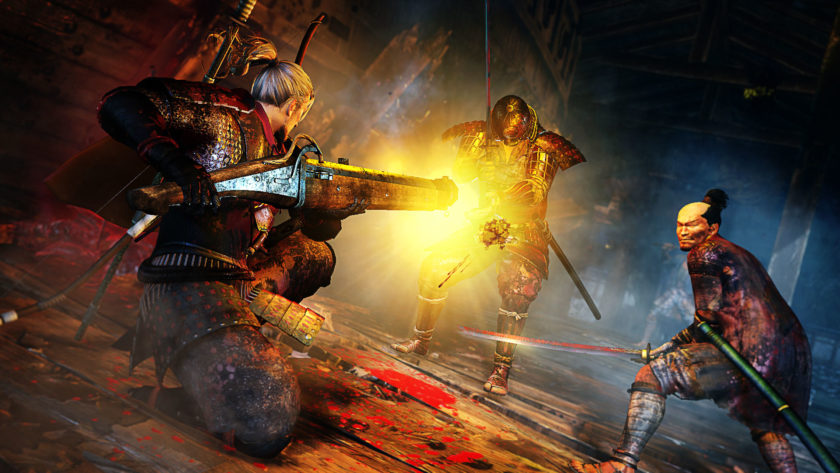 Nioh was originally announced back in 2004. Can you briefly explain why development took this long to take off?

Yasuda: The general producer, Kou Shibusawa launched the project, and it has taken this long simply because the game hadn’t taken the shape he was fully content with. Several prototypes were created but he was still unsatisfied by them, so 4 years ago Team NINJA joined the development and the game settled in the right direction as we see it now. The concept has not changed since 2004.

The storyline was to be based on one of Akira Kurosawa's unfinished works. Is that still the case or did you make any changes and if so, why?

Yasuda: The story is an original piece based on William Adam’s history. The battle actions and artistic elements are indeed strongly influenced by masterpieces such as Akira Kurosawa’s “Yojimbo” and “Seven Samurai”.

Can you tell us a bit about the protagonist and his motivations?

Yasuda: The story follows the protagonist chasing his enemy to Japan, with evil Yokai blocking his path. William fights for his survival alongside Hanzo Hattori, a ninja aiding William on his quest, and counts on William for his techniques as a Yokai hunter.

In regards to gameplay, fans have described Nioh as a cross between From Software's Souls and Team Ninja's own Ninja Gaiden series. Is that a fair assessment in your opinion?

Yasuda: In Nioh the protagonist is a Samurai, and the title itself is an action-centric game which takes a unique approach by fusing strategic attacks with hack-and-slash elements. These elements will create a big difference depending on the weaponry used, such as katanas and spears.

What's the single gameplay feature of which you're most proud of?

Yasuda: The most interesting element of the game will be the strategy behind using energy. Since the vitality of the player and enemies are liked through strategy, when switching between offensive and defensive attacks, we’ve taken this allure of sword battles and samurai cinema and implemented them pretty well into the game. In terms of energy, the Ki Pulse becomes a very important factor in combat.

Will there be an "Easy" difficulty setting for those who are not skilled enough in action games?

Yasuda: No, we are not planning on including an “Easy” difficulty setting. Nioh is a tough game but those who do not enjoy (or feel skilled enough) to take on challenging games, we feel will find a sense of achievement from improving their skills and techniques to take on stronger bosses. This will be worth the challenge! As a piece of advice, when facing a boss, analysing the situation will offer hints to help players pave their way forward, as well as strengthening your character by boosting levels and improving the armour. Alternatively, the co-op play will allow players to bring a companion alongside them.

How long do you expect it will take players to complete the game, on average?

Yasuda: It will take on average around 70 hours.

Koei Tecmo recently ported a lot of games to the PC platform, and there's already a petition for Nioh. Is there a chance you might release the game on PC at some point?

Yasuda: We currently do not have any plans to release Nioh for PC.

The release date has now been set to February 9th, 2017. Can you tell us the reasons behind the delay, since the game was scheduled for this Fall?

Yasuda: The development is on schedule now but the challenges are to secure the quality that meets the feedback we received from the worldwide players of the alpha and beta demos. Another task will be to ensure solid localisation in order to launch the game at the same time worldwide.