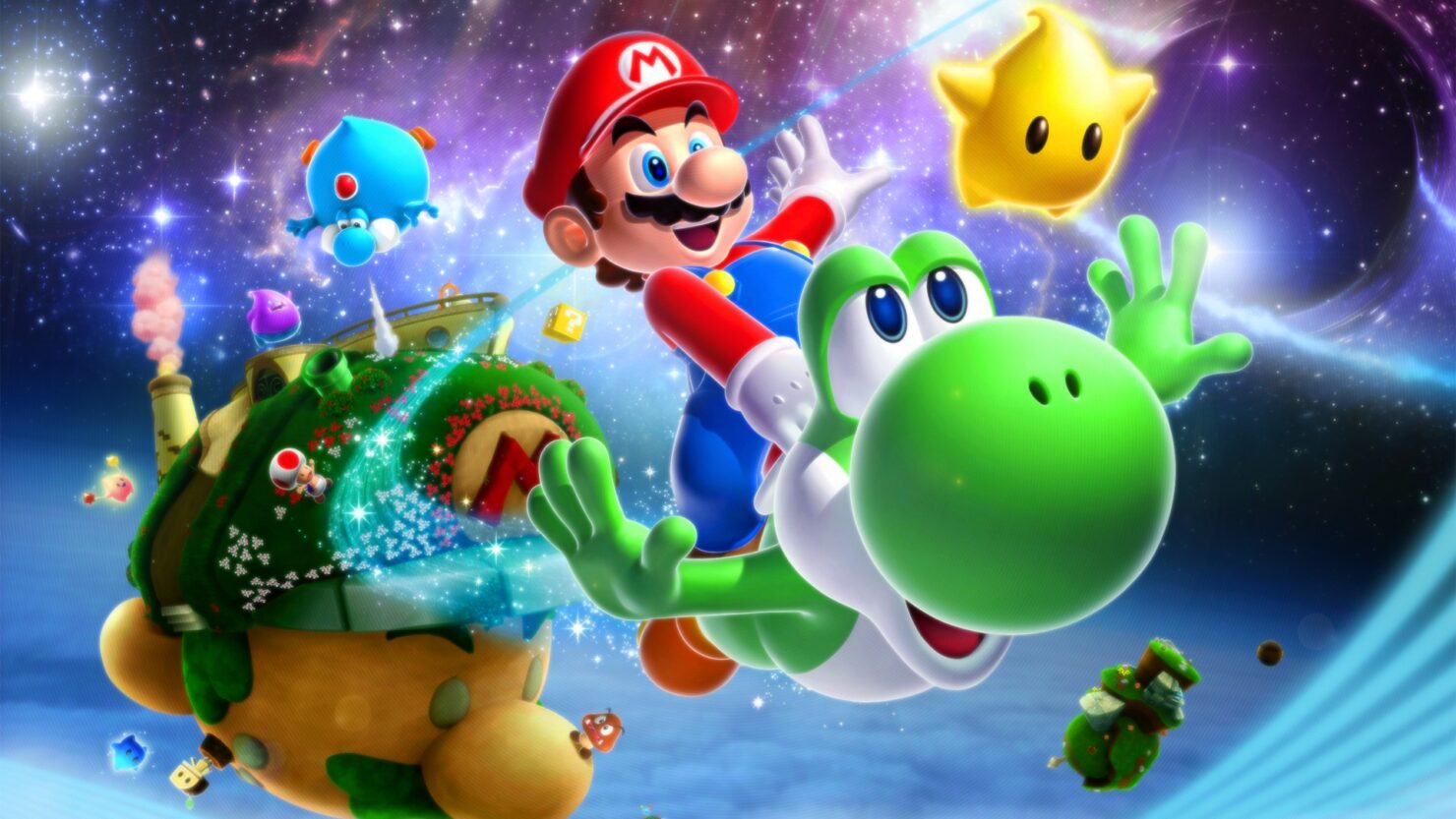 Super Mario Galaxy 3 and Super Mario Sunshine HD could be in development for the Nintendo Switch according to the filmography of Charles Martinet.

Spotted by Segmentnext, Martinet’s IMDB page had both titles listed to be released in 2016/2017, with Super Mario Galaxy 3 said to be in post-production. At the moment of writing, both titles have been removed from the IMDB page, but we managed to grab a screenshot through the page’s cache, which can be seen below. 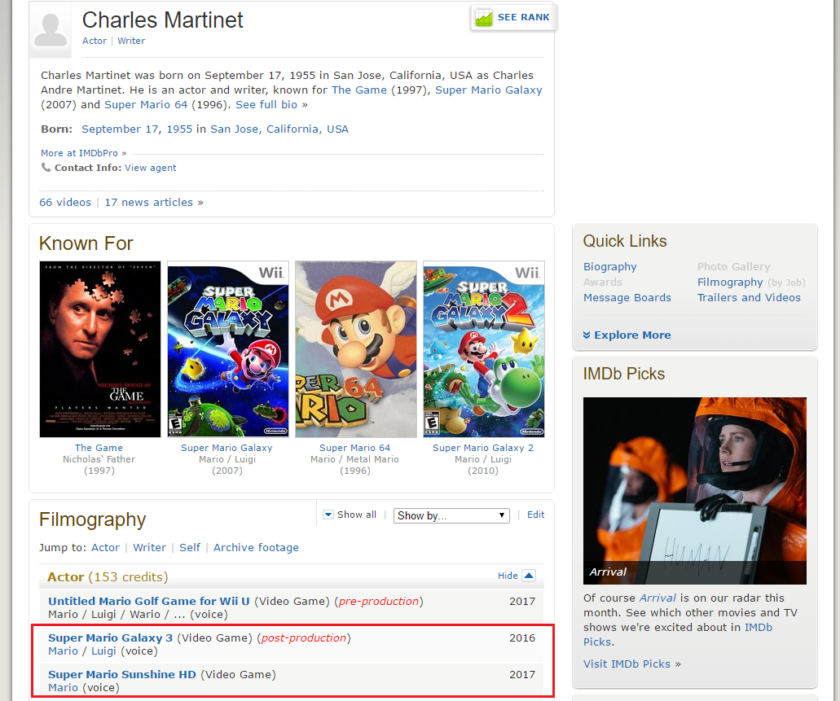 Charles Martinet, the “voice of Mario” in the West, has been the voice of Mario and several other characters, including Wario and Luigi, since the 90’s.

Please note that IMDB pages can be edited at will, and we’re uncertain how reliable Martinet’s page is at this point. Still, it’s interesting that the references to Super Mario Galaxy 3 and Sunshine HD have now been removed.

Recent rumors suggest that a new 3D Mario is to be released at the Switch’s launch, and the references to Super Mario Galaxy 3 and Super Mario Sunshine HD could well be related to that. Additional Switch titles might include a Super Smash Bros and Bayonetta port, although these probably won’t be available at launch.