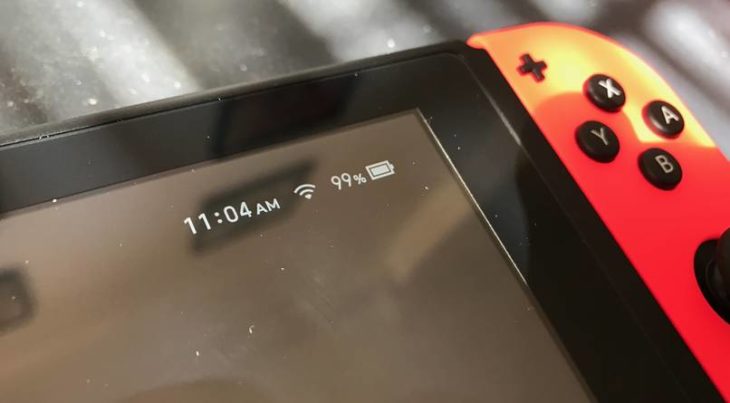 The most recent Switch update addresses a bug with the Switch’s battery charge indicator, but Nintendo has offered another solution to gradually improve the indicator.

Apparently, many Switch players have been reporting issues with the battery charge indicator which appears to drop below 1% even though the battery is still charged. The 3.0.1 update that was released yesterday aims to fix that bug, but Nintendo has offered another solution – completely drain and recharge the battery up to six times. Down below you’ll find Nintendo’s detailed solution for the problem:

1.Ensure the console has the latest system update. The steps below apply to system menu version 3.0.1 or higher.

2.Set the Auto-Sleep mode to "Never" for "Playing on Console Screen" and for "Connected to TV."

3.Connect the AC adapter directly to the console until the battery is fully charged. ◦If the battery charge indicator does not reach 100%, simply allow the console to charge for approximately three hours.

◦The console can be in use while it is charging.

4.Once the battery is fully charged, leave the console alone for one hour with the AC adapter still connected to it.

5.Afterward, disconnect the AC adapter and allow the console to display the HOME Menu for approximately three to four hours. ◦The remaining battery life must be depleted as much as possible.

6.Once the battery charge is almost depleted, power off the console by holding down the POWER Button for three seconds, then select "Power Options" > "Turn Off." Leave the console alone for at least 30 minutes.

Are you experiencing problems with your Switch’s battery indicator? Did the update and Nintendo’s solution fix the issue? Hit the comments below.

The Nintendo Switch was released globally back in March of this year.