According to an image spotted by Twitter user MakuXV, which has been circulating on Japanese forums, the Nintendo NX will be called Nintendo Duo, an apt name considering the rumored hybrid nature of the Nintendo console. As it often is with similar images, it's difficult to know if it is legit or not, so take it with a grain of salt until an official announcement comes in, which shouldn't be too far now. 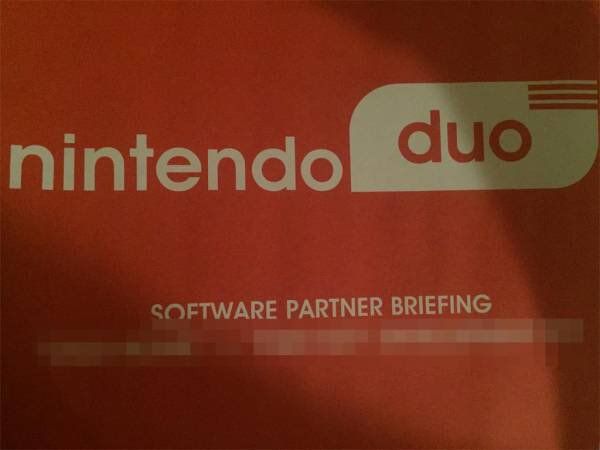 Yesterday, we have reported that the Nintendo NX full reveal is going to happen within the year, according to Nintendo of Europe representative Ulysse Richert-Botté. The rep also confirmed that development tools will be made available at a later time to smaller developers.

Earlier this week, more rumors regarding the Nintendo NX have surfaced online. According to the information that has been revealed by a seemingly Nintendo retail partent, the console will retail for $299.99, with a bundle option that will cost $399.99. Among the launch titles, there should also be a Mario related title.

The Nintendo NX will launch this March in all regions. We will keep you updated on any development regarding the mysterious Nintendo console as soon as more comes in on it, so stay tuned for all the latest news.