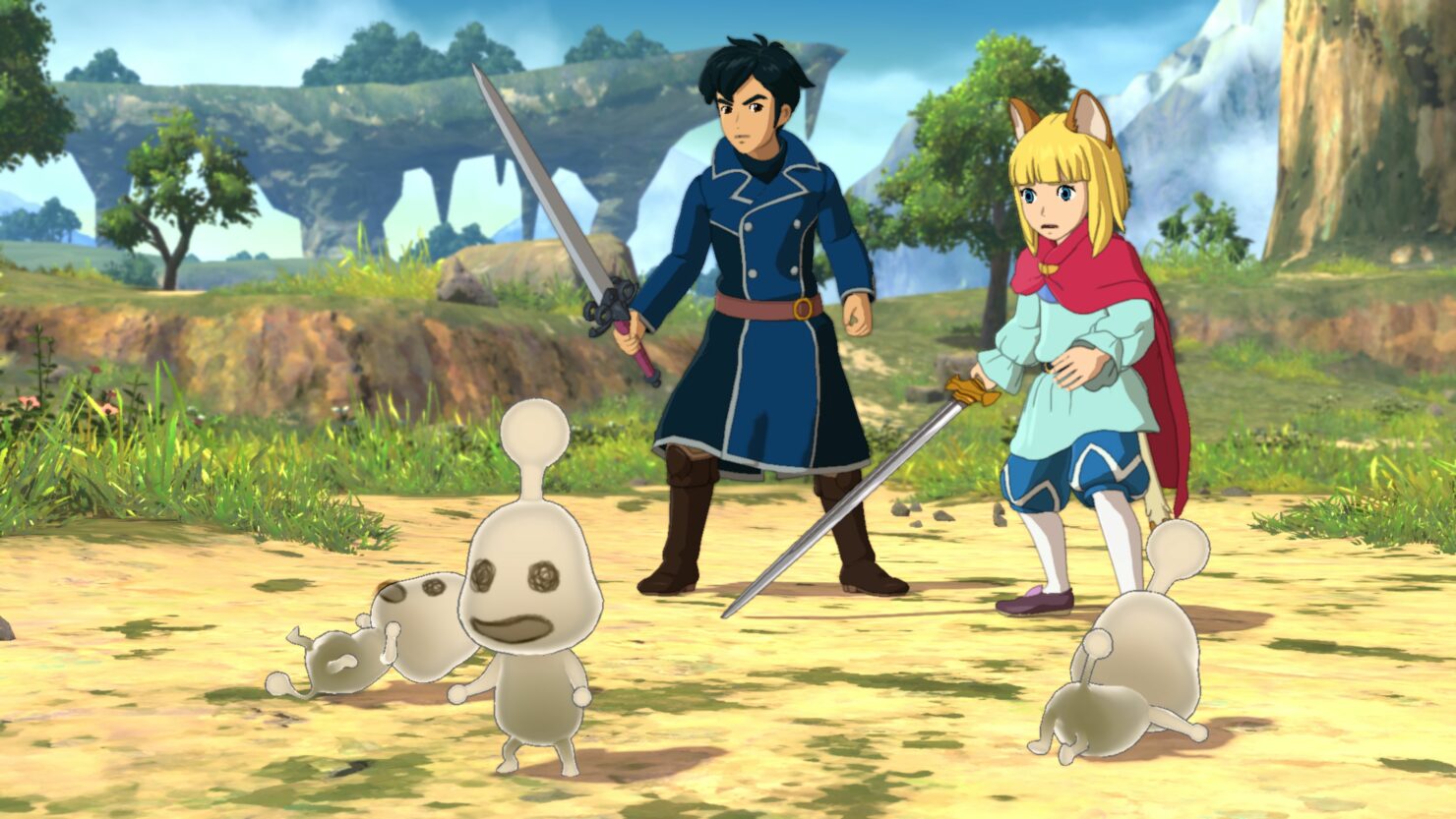 A new batch of screenshots has been released for Ni No Kuni II Revenant Kingdom, the JRPG in development by Level-5 launching this March on PC and PlayStation 4.

The new screenshots, which are beautiful 4K screenshots, focus on Higgledies, collectible spirits roaming the lands of the game and the new Kingdom Mode, where players will be able to create a new Kingdom called Evermore.

Throughout his journey in Ni no Kuni II: Revenant Kingdom, Evan will encounter spirits called Higgledies. These forces of nature will aid Evan and friends in battle by automatically attacking enemies, providing elemental or physical buffs to party members while in battle, and opening shortcuts and new pathways in dungeons and throughout the world. Players can collect 100 unique Higgledies including Higgledy heroes, each with their own unique attacks and special powers. Strategically take the best into battle to gain the upper hand.

Kingdom Mode gives Evan the opportunity to regain his throne by creating Evermore, a new kingdom where everyone can live in harmony. Create and place a variety of buildings to build out the kingdom’s infrastructure and provide jobs for the citizens of the kingdom. New storefronts mean new items, weapons, and Higgledies will become available for Evan and his team on their quest to rid the world of evil.

Ni No Kuni II Revenant Kingdom launches on March 23rd on PC and PlayStation 4 in all regions. You can learn more about the game by checking out our preview.

Ni no Kuni II To Run at Dynamic 4K/60FPS with HDR on PS4 Pro; Game Will Take 40 Hours Plus Side Content