The Full map of the upcoming NFS Hot Pursuit has been revealed by Criteron and their claim is that it is 4 times larger than the map of Burnout Paradise. Now that's huge as it took me around 10-15 mins easily driving from one side of Paradise City to Another so four times of that map would be Huge. The map as shown in the pic below is divided into four sectors, Mission Beach, Fox Lair Pass, Eagle Crest and Three Points whereas the Whole Area is known as SEACREST County.

Matt Webster said to EA Blog when asked about play area of NFS Hot Pursuit "Put simply it’s around 4 x Bigger than Burnout Paradise, for cars to be able to usefully reach 260 miles an hour. So well over 100 miles of tarmac road & 30-40% more off-road & shortcut areas, we've opened a lot of that space up for race & chase as you are playing online versus human cops, at night time you can just turn your lights off and hide behind a bush, something that isn't really achievable with AI, when you include elevation changes its a chunk of room so for anyone familiar with Burnout it's about 4 times larger." 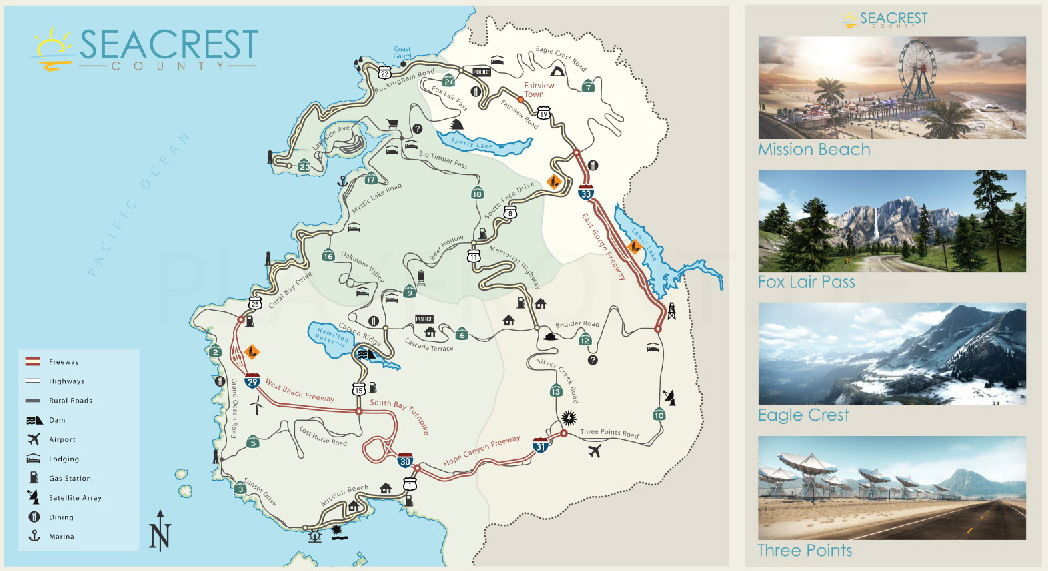 Arma 3 is Getting a New Official Map, Will Debut at PC Gaming Show