A few days ago, we stumbled across a video in which the Nexus 6P went through a series of stress routines after giving up the ghost in a bend test. At that time, the bend test was deemed 'unfair,' as the device in question was already subjected to a bunch of physical tests, hurting the device's structural rigidity in return, allowing the device to get damaged further quite easily. Today, we have stumbled on a followup video in which the Nexus 6P goes through a bend test without being subjected to any other test prior. In fact, the Nexus 6P in the new video is in absolutely mint condition, and comes straight out of the box. The results? Not so different from the last one. 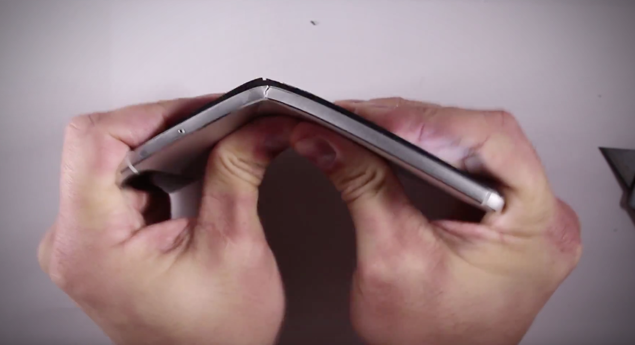 Before diving into the details of why the Nexus 6P bends so easily, check out the video in all its glory below.

As you can see from the video, the device easily succumbed to pressure applied on it, completely losing its structural integrity and bending out of shape. The reason behind this, according to the man himself in the video, is that the Nexus 6P has a free floating aluminum back which isn't attached to anything at all. Furthermore, the aluminum back has very, very thin sides, giving the smartphone a very poor structural layout. Lastly, there's a gap between the battery and the motherboard of the phone itself, again giving the smartphone a poor structural layout.

While the Nexus 6P looks like a work of art on the hardware front, but it's sad to see that the phone easily gets bent out of shape when pressure is applied to it. If you're a user of the Nexus 6P and are afraid that you'll bend the phone out of shape, then we highly recommend that you invest a little money on a hardshell case or maybe a strong glass screen protector, giving the device something to latch on to easily.

Round two of the bend test proves that the Nexus 6P is just as fragile as it was before, but different videos floating on YouTube suggest otherwise. But what do you think? Do you believe that this test is still unfair or is the Nexus 6P really a fragile piece of hardware that can be bent out of shape easily? You know where to drop your thoughts, so be sure to argue away in the section below.