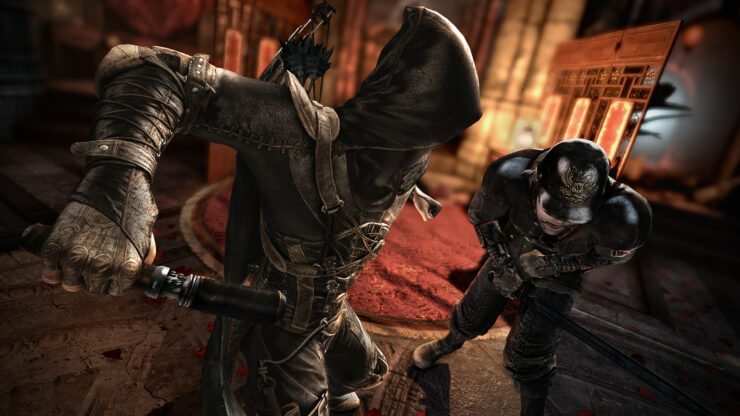 Eidos Montreal's Studio Head David Anfossi replied to the widespread rumor with the following tweet. It seems like a denial, but it's also a bit cryptic rather than explicit. I guess we'll just have to wait a little more to hear from the studio.

Apparently we’re developing Thief 5 game! So now we have a title... We just have to build a team,a budget... Forget it! @EidosMontreal pic.twitter.com/suiAgcK7sU

It sounds like there's a lot more Thief coming for fans of Garrett. According to Straight Up Films, the film production company that last year acquired the rights to make a movie on Thief, a fifth game is "currently in development to be released in step with this motion picture adaptation".

The website also lists Writers, Producers and the Executive Producer. Writers Adam Mason and Simon Boyes have been working together for a long time on movies like Conspiracy, Hangman, Not Safe for Work. Straight Up Films co-produced 2014's Transcendence, starring Johnny Depp, with Warner Bros.

Thief is an action epic poised to be the next great multi-platform franchise.
Originally released in 1998 by Eidos Interactive (Deus Ex) and distributed by Square Enix (Tomb Raider, Final Fantasy), the Thief series has spanned over fifteen years and four sequels continually retaining loyal audiences and attracting new fans with each iteration. Widely considered to be one of the greatest games ever created, a fifth sequel is currently in development to be released in step with this motion picture adaptation.
Steeped in the steam-punk world created by the video game, the film will tell a new chapter in the storied world of the series’ hero.

Thief's latest installment, written by Rhianna Pratchett and powered by Unreal Engine 3, launched in early 2014 to mixed reviews. The question is, though, with Eidos Montréal supposedly working on Shadow of the Tomb Raider while helping Crystal Dynamics with the Avengers project, who will develop the game?

Regardless, we'll know more about this one way or another from Square Enix at E3 2017.