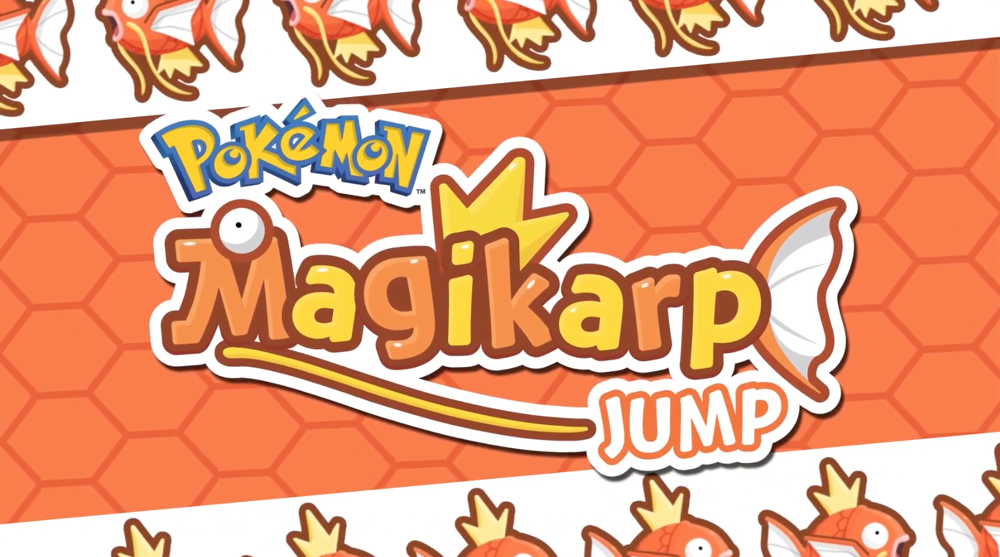 A new Pokemon game called Magikarp Jump is now available to download for both iOS and Android devices.

Pokemon: Magikarp Jump Wants You to Train Your Magikarp in Order to Become the Ultimate Pokemon

The Pokemon Company has released a brand new game for iOS and Android users called Magikarp Jump. In case you are wondering what the title is about: it lets you feed and train a Magikarp so that it (hopefully) turns into the ultimate Pokemon. Along the way there are going to be various obstacles and other Pokemon will provide you with help if necessary.

What is this world coming to?! It's a Pokémon game all about the weakest Pokémon ever—Magikarp! Anyone can play this simple game in their spare time to create the most majestic Magikarp ever in this official Pokémon app!

What kind of Pokémon is Magikarp?
・ It's famous—for being pathetically weak, unreliable, and generally useless.
・ It can't learn any powerful moves—all it does is flop around and splash!
・ When it flops its way too high in the sky, it's sometimes snagged by the Bird Pokémon Pidgeotto—never to be seen again!

Many surprising events lie in store for this pathetic Pokémon. But don't worry—it'll just keep on jumping until it can jump no more!

The best part about the game is that it's absolutely free to download and play. But of course, like Pokemon GO, it features in-app purchases if you want to boost your gameplay the easy way. If you are asking me, that's a good deal since you don't start off with the game by parting away with a couple of bucks.

Pokemon: Magikarp Jump is available for both iOS and Android, as mentioned above, and can be downloaded from the links below.

If you consider yourself a huge Pokemon fan, then this title deserves a place on your home screen. While it may not offer the same 'adventurous' outtake as that of Pokemon GO, but nonetheless it's a fun little game to play if you are looking to kill some hours.

Let us know in the comments section below what you think about it.