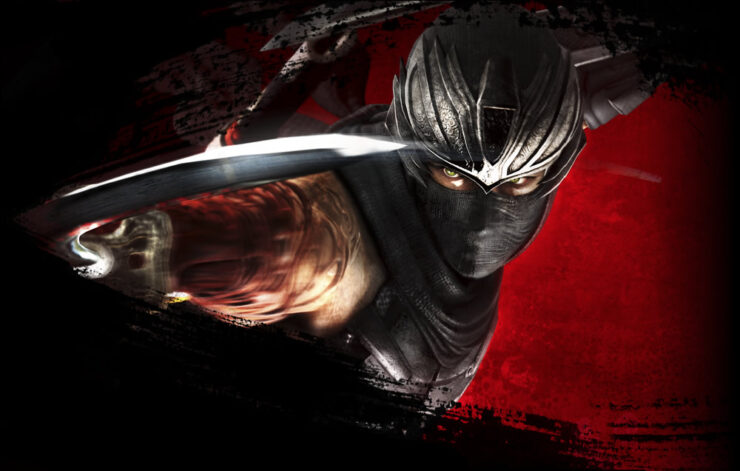 Yamagishi announced this on Twitter some hours ago. More news will be shared by the composer next month. 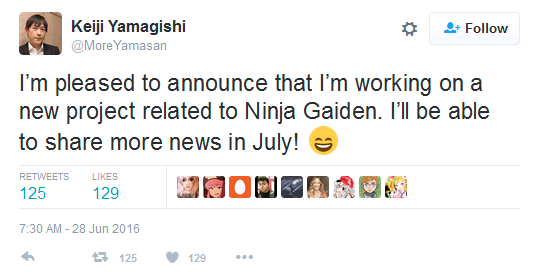 On social media, fans of the Ninja Gaiden series are already speculating about Ninja Gaiden 4. Of course it’s also possible that Yamagishi is referring to a remaster or a Ninja Gaiden Collection. As said, more will become clear next month.

Yamagishi has been composing music since the 1980’s, and has become famous for his Ninja Gaiden soundtrack. Since then he composed numerous game soundtracks before taking a break from composing game music. Yamagishi recently made his comeback with the release of his second solo album this year, Retro-Active Pt. 2.

The last game released in the Ninja Gaiden series dates from 2014 – Ninja Gaiden Z for PC, Xbox One, and PS3. The title was developped by Koei Tecmo in collaboration with legendary Mega-man designer, Keiji Inafune.

“We couldn’t be happier to develop ‘Yaiba: NINJA GAIDEN Z’ on Unreal Engine 3,” said Inafune back in 2013. “In the past I have been involved with numerous projects built upon Unreal Engine 3, so I understand its benefits and reliability. Unreal allows us to focus on making the game fun, and to push the boundaries of visuals and gameplay in the shortest time possible.”

Unfortunately, the hack and slash title wasn’t too well received, and was criticized for its repetitive gameplay, its level design and difficulty. Gamesradar included Ninja Gaiden Z in their list of ‘100 worst games of all time’ in 2014.

Ryu Hayabusa teaches Mario how to save a princess