New Candle From TwelveSouth Smells Like A New Mac – Why? Because Fanboyism 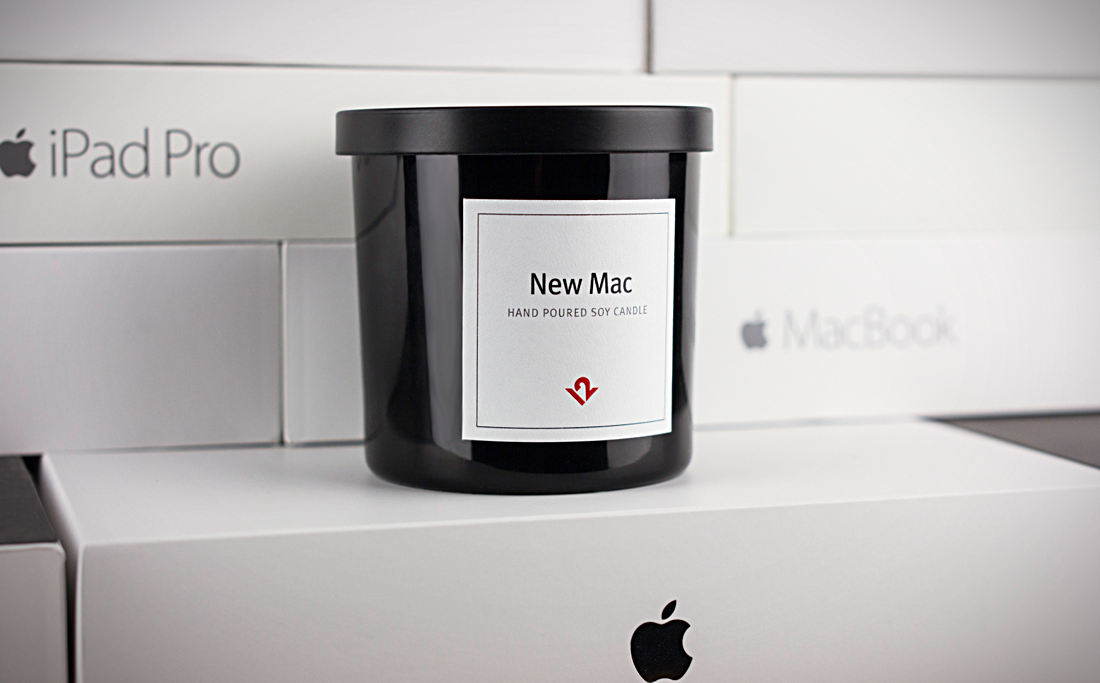 Being a fanboy is one thing, but owning a candle that takes proceedings further is a whole new level of extreme.

This Candle From TwelveSouth Smells Like a 'New Mac' - The Earth is Flat, Too

I'm an Apple fanboy and I wholeheartedly admit it without shame. My primary phone is an iPhone 7, my main work computer is an iMac, and my notebook is a MacBook Pro. But my fanboyism ends right there. There's nothing else out there that entices me further as a fanboy at all.

But it appears as though Apple hardware is not enough for a lot of people to show off their fanboyism. Why? Because there exists a candle from TwelveSouth, called the 'New Mac,' that emulates the smell of a freshly opened Mac box once you light it up.

Yes, that's right. This is a legit product that was made by a premium Apple accessory maker. And apparently, people love it. How do I know this? Because if you head over to the candle's official landing page, you'll notice the product is actually 'out of stock.' This means a lot of people out there are so much taken in by the smell of a new Mac that they had to relive the moment once again through a candle that costs 24 bucks.

Officially called the 'New Mac Candle,' it's made from 100% Soy Wax and burns for around 45 to 55 hours, which is more than adequate amount of fresh Mac smell one can take in. But sadly enough, if you're looking to buy this product right now, then you might want to try your luck elsewhere as TwelveSouth's own store is out of stock and new units will arrive later this month. Thankfully though, you can get notified when the product is available by clicking on the 'Notify Me' button on the landing page. Also, if you're in the United States, the product features free shipping. That's great actually, considering you get to experience the new Mac smell with zero shipping costs.

Here are a few images showing off the candle in all its magnificent glory.

Will I ever buy this candle? The answer is an obvious no. But of course, if you're willing to throw in your spare change for something that will make you more cooler than your Apple fanboy friends, then the 'New Mac Candle' is the route you should definitely take.