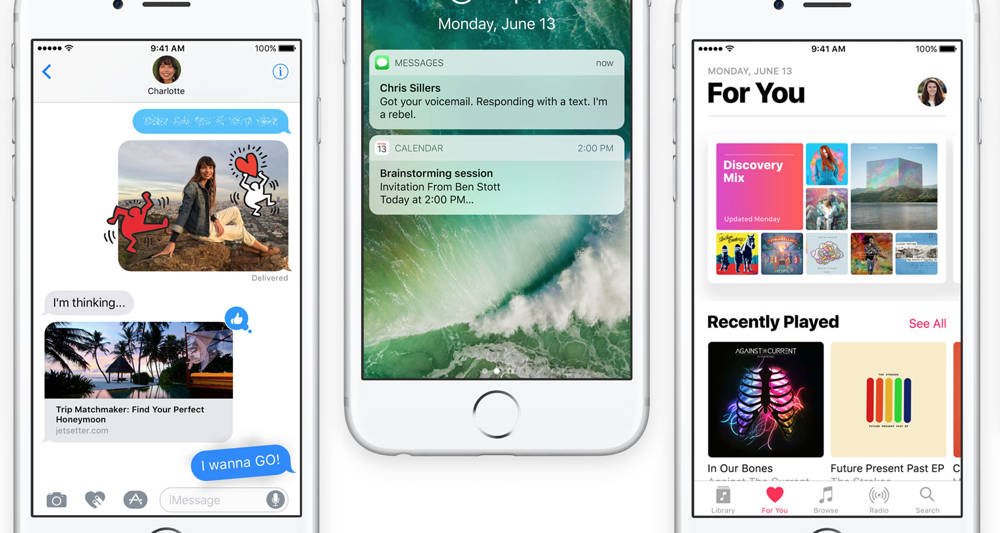 Here are a couple of important things that are new in iOS 10 beta: the iconic Slide to Unlock is no more, and support for snapping RAW photos has been added.

While iOS 10 adds a ton of new features to the roster, but it should be made known at this point that the new firmware ditches a couple of things as well along the way. For instance, the Game Center icon is no more, while at the same time, Apple has ditched the iconic 'Slide to Unlock' feature in iOS 10. But worry not, it has been replaced by something else which Apple is dubbing 'Press home to open.'

How 'Press home to open' works is fairly obvious. Simply wake the device using the power button, and press the Home button to jump right into the home screen. Swiping on the lock screen will only take you to the notifications screen, not unlock your device. But do keep in mind since this is the first iOS 10 beta, therefore there is a high chance Apple might end up bringing back Slide to Unlock in a later build. While at the same time, there is a probability things might not change at all. We'll see.

Moving forward, iOS 10 beta adds support for taking RAW photos on newer iOS devices, iPhones and iPads both. Do keep in mind that this support is not available in the stock Camera app, but instead can be added by developers in third-party apps, which is neat.

Here's what Apple has to say about it in its official iOS 10 release notes:

The new AVCapturePhotoOutput class provides a unified pipeline for all photography workflows, enabling more sophisticated control and monitoring of the entire capture process and including support for new features such as Live Photos and RAW format capture.

There are a lot of changes under the hood than we originally thought there would be. We will definitely keep on digging deeper and see what Apple has slipped under the radar that is worth noticing. While today we are seeing these two changes alone, there is a chance Apple might reverse its stance in the future. We hope it does though, but only for bringing back Slide to Unlock, as this change alone will cause quite a bit of stir among old users.

Let's just hope Apple addresses things sooner rather than later. We have our fingers crossed.