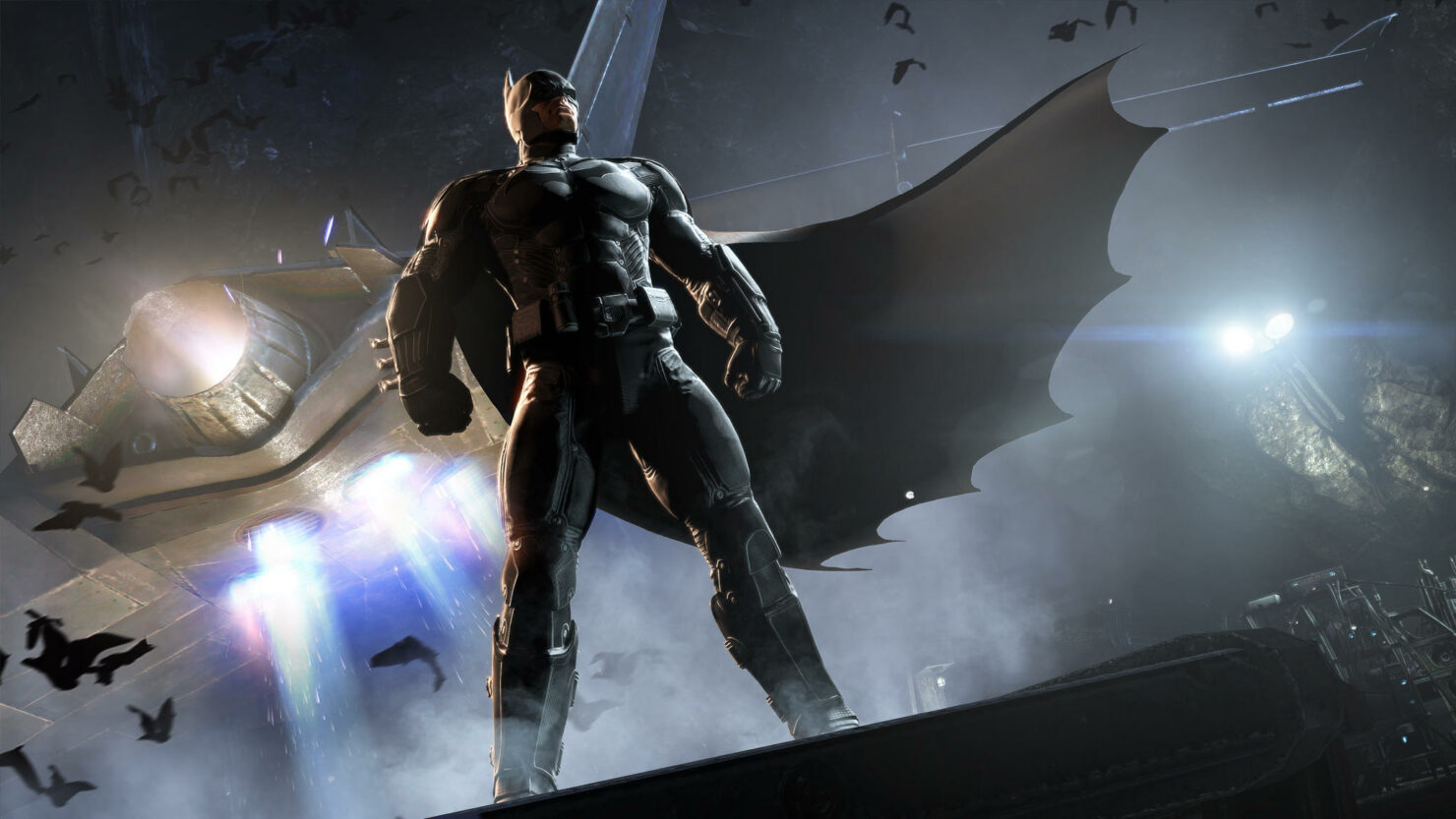 With the release of Batman Arkham Knight and Batman Arkham VR, Rocksteady is seemingly done with their successful series, but this doesn't mean that no more entries in the series won't be produced. A new game is rumored to be in the works by Warner Bros Montreal, the team behind Batman Arkham Origins, and a new leak provided plenty of new details today.

According to the leak, the new Batman Arkham game will be called Batman Arkham Insurgency, and it will be a direct sequel to Batman Arkham Origins. The new game will feature the Batmobile, but without the battle features seen in Batman Arkham Knight, as well as an expanded battle system, a new area of Gotham City and much more.

1) The game is called Batman: Arkham Insurgency and it takes place about 3 years after the events of Arkham Origins. It's built on the same engine as Arkham Knight was and has been in development since around 2014.

2) The game will feature Batman and Dick Grayson as Robin as the main playable characters. Grayson has been Robin for about two years at this point.

2) It's set in a previously unexplored, coastal area of Gotham that is roughly the same size as the three islands from Arkham Knight on the outside, although the interiors have been substantially expanded so you will be able to get inside most of the buildings now. The Batcave and Wayne Manor are also accessible via fast travel.

3) The plot is that there has been a mass breakout at Blackgate and Arkham Asylum, and several terrorist attacks across the city, which results in the GCPD blocking off a segment of Gotham where they have completely lost control. This is the main playable area and while it's mostly populated by villains and criminals, there's a whole heap of trapped civilians that Batman and Robin will need to rescue.

4) The Batmobile is in the game, but it's been changed. There's no more battle mode but the controls have been modified to compensate. The combat mostly consists of chase sequences and using the Batmobile's superior speed and maneuverability to navigate around slower opponents while bombing the hell out of them with the car's weaponry. The missiles, power winch and the EMP device remain, along with some new stuff.

5) Dual play mode is also present, but it's been changed. The dual takedown has been removed but there's a whole bunch of new special moves and combos in its place. There's an entire new skill tree devoted to the mechanic.

6) Combat has been expanded to better accommodate 1-on-1 fights. It's still rhythm based where you have to time all the correct button presses exactly, but it's more complicated than the attack/counter basis of the previous games.

7) Owlman and the Court of Owls are the main villains of the game - although Owlman is really the main focus, especially when he murders all the other members of the Court towards the end of the game and starts targeting Batman's allies. It's revealed that the Court views Batman's heroics as a threat to their control, so they organize a criminal uprising to take him out. The Talons are also present as elite enemies who you never fight more than 3 at a time as just one character, or 4 to 5 as both characters.

8) Other villains in the game are Maxie Zeus, Dollmaker, Killer Moth, Anarky, Two-Face, Blockbuster, Ventriloquist, Cornelius Stirk, Tweedledee and Tweedledum, Dusan al Ghul, Mad Monk, Dala, Riddler and yes, Joker. Joker figures somewhat prominently in the story (it's revealed that he helped orchestrate the Arkham Asylum breakout), but he's not the main villain but more of a major supporting character who mostly works for himself, but will sometimes help Batman and Robin if it benefits him.

9) Alfred and Lucius Fox are your main contacts in the game. Barbara Gordon helps you out on a few side missions and has a slight crush on Dick Grayson, which he doesn't reciprocate.

10) Unlike Arkham Knight, there will actually be boss battles this time. 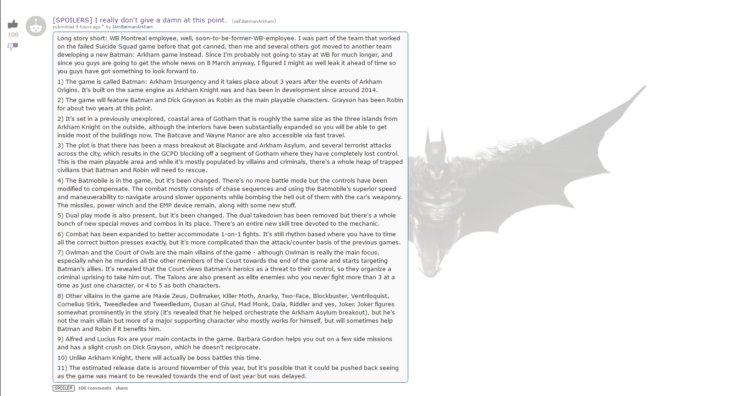 As the leak comes from an anonymous source, we have to take everything with a grain of salt until an official announcement comes in, which should be coming on March 8th, according to the leaker. A few months ago, we did see some footage from a game that definitely resembled a Batman Arkham game, so there's the chance that Batman Arkham Insurgency is indeed real. We will keep you updated on the matter as soon as more comes in on it, so stay tuned for all the latest news.