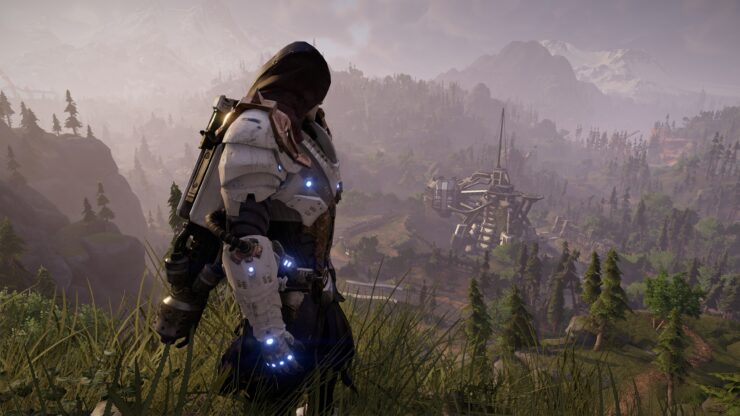 ELEX will be released on October 17th, 2017 on PC, PlayStation 4 and Xbox One, THQ Nordic just announced via press release.

To celebrate the reveal, they shared a CGI trailer embedded below. We also found a new set of 4K screenshots from the game on the official website, mostly focused on the environments you'll find in ELEX.

In the press release, THQ Nordic then confirmed a Collector's Edition for the game with the following contents:

We have an appointment to play ELEX and talk with the developers at E3 2017, so expect more details on the sci-fantasy RPG soon. In the meantime, here's the official overview provided by Piranha Bytes.

In ELEX, you join the war over a powerful resource that gives people great magic-like powers, but turns them into indifferent cold creatures. You decide if emotions and humaneness or cold synthetic logic will rule the world of Magalan.