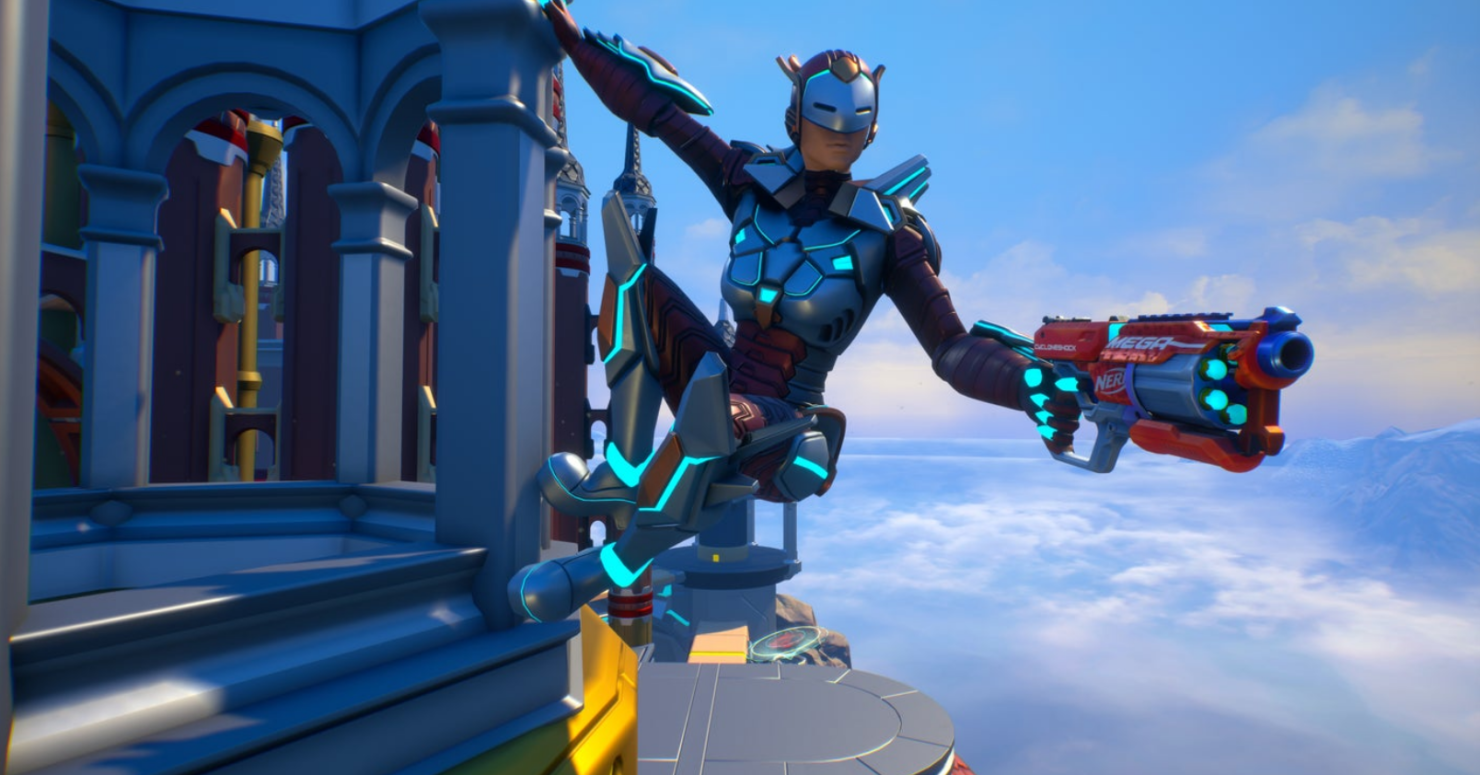 So, here's a surprise to start the morning. We're going to get an arena shooter called NERF Legends. The game is going to be published by GameMill Entertainment, and it will be available in October. NERF Legends will come to PlayStation 5, PlayStation 4, Xbox Series, Xbox One, and PC.

The game thrusts you into a futuristic setting where you'll face off against legions of robot enemies and boss masters. To fend them off, you'll be armed with a wide array of NERF blasters based on their real-world counterparts. Players will gear up with the variety of existing NERF weapons from the Mega, Ultra, and Elite lines.

There will be a single-player campaign in NERF Legends in which players will face off against several challenges and boss fights across 19 different locations. Alternatively (and predictably), the game will also have a multiplayer 4v4 team-based or Free For All 8-player option. NERF Legends will also support cross-platform play so that players can play freely alongside other players in other systems.

The game is currently available for pre-order according to the trailer, which you can watch below.

Finally, here's an overview of the game provided by GameMill Entertainment:

NERF Legends thrusts you into a futuristic, sci-fi world where you’ll come face-to-face with legions of robot enemies and ultimate boss masters. Armed with a wide array of NERF blasters based on their iconic, real-world counterparts, you’ll thwart formidable enemies while being challenged to pull off the most impressive high-flying trick shots across a series of unique and immersive environments. Are your NERF skills up to the challenge to become the ultimate NERF Legend?