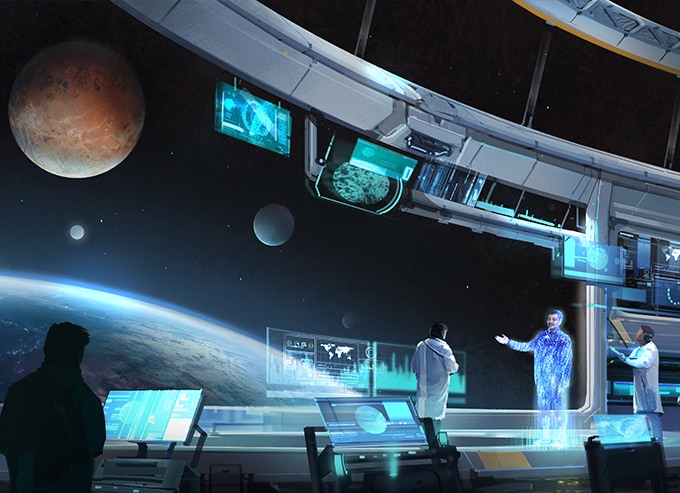 Space Odyssey - The Video Game is one of the most interesting games releasing next year on PC. The game will be empowered by the laws of physics and the scientistic vision of renowned astrophysicist Neil deGrasse Tyson. To help support development, a Kickstarter campaign has been launched, and the funding goal has recently been reached.

A few days back, Space Odyssey - The Video Game has reached its funding goal, with 6,163 backers helping the development of the game.

Thank You to the entire Galactic Coalition for helping to successfully fund the Space Odyssey Kickstarter! We couldn't have done it without your help and we extend our endless gratitude to each of our 6,163 backers. When launching this campaign, our goal was to create an engaged, knowledgeable community. It has been nothing short of amazing to watch it grow and thrive. We value your input and are excited to make Space Odyssey the game you've always wanted.

What will make Space Odyssey - The Game such a unique experience will be the vision of Neil deGrasse Tyson and his StarTalk All-Stars team of scientists- educators. In the game, platers will actively contribute in shaping the universe while exploring it, colonize planets and create in real time. The team is also working hard in creating a proprietary physics engine that could power the game properly.

We are excited to share two new videos with you expressing playable design, particulates, and scope. These are early visualization look targets from the proprietary physics engine, Event Horizon. We are currently testing with the intention of finding the best and most flexible engine to achieve our goals.

Space Odyssey - The Video Game will release sometime next year on PC. More information is available on Kickstarter.