As we're at the half of March, pretty soon LG should be launching its LG G4, its update to the LG G3 flagship launch last year. We should be expecting the G4 next month, according to the company's own words, as LG intends for the LG G4 to stand out both in terms of features and in terms of release date. We've also been seeing mysterious LG device pop up here and there, and seems there's more to that as another LG device has popped up at Sprint's website. Not only this, but the G4 seems to have gone ahead and received Indonesia's equivalent of the FCC's certification. 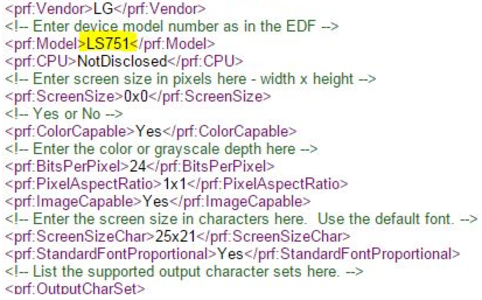 LG's got a host of devices planned for us this year, and another device just got added to that list. Previously, the LG LS770 appeared on the FCC which was also headed for Sprint. This is expected to be the phablet version of the LG G4 and will be the manufacturer's response to the increasing trend in the smartphone world of two flagship devices being launched, to cater for users who require larger screens. The device is codenamed LG LS751 and can be spotted at the user agent profile on Sprint's website above.

Also, the LG G4 seems to have been certified by the Indonesian equivalent of the FCC meaning that things related to the soon to come flagship are going over smoothly at LG. The LG H818 showed up today at Postel (the Indonesian FCC). The LG G4 is expected to come with the Qualcomm Snapdragon 810 with a screen size of 5.5 inches and resolution of 1440 x 2560. Its also expected to come with Android 5.1 on board according to previous rumors, and given the software's launch by Google recently, this could very well be the case. LG's also claiming that the G4 will offer unique user experience and interface, and this supplemented by Lollipop's latest upgrade should end up doing the flagship quite good indeed. The LG G4 sounds to be a good device so far. Let us know what you think in the comments section and stay tuned.