Fans of the NBC series Grimm, who also happen to love video games have something to look forward to this year, as an online multiplayer focused game based on the series will be released in a few months. 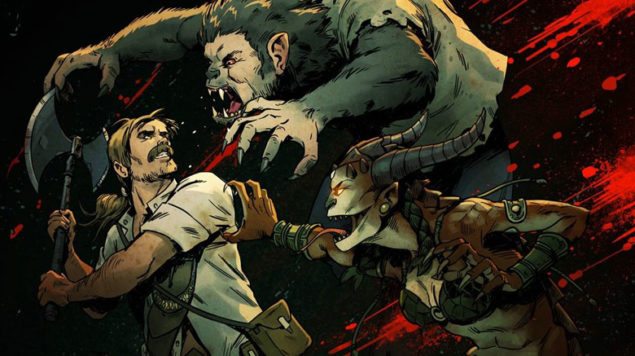 The game will be called Grimm Dark Legacy, and it's currently in development by Artplant, the team behind Battlestar Galactica Online and other titles. The game will be set hundred of years before the TV show, with players taking on the role of a hunter who has to take down monsters using a variety of weapons.

Little has been known about the history of the Grimms, a lineage of guardians charged with keeping balance between humanity and the mythological creatures of the world called Wesen...until now.
Prepare to enter the world of Grimm: Dark Legacy and experience life as a Grimm hundreds of years ago.

Being a multiplayer focused game, players will also have to team with other Grimms to defeat monsters, explore the world and generally try to stay alive.

Team up with other Grimms and explore a world filled with mystery and adventure. Utilize all of your Grimm skills and weapons to survive against the Wesen horde who will stop at nothing until the Grimm bloodline is finally severed.

All those interested in Grimm Dark Legacy can check out the official website for more information. It's also possible to sign up for a beta, which will be held on a yet to be confirmed date.

Grimm Dark Legacy is currently in development for PC, and it will launch later this year. More on the game will surely come in soon, so stay tuned for all the latest news on this interesting new multiplayer game.