Multi-disc Xbox 360 games are getting closer to be supported by Microsoft’s Xbox One backwards compatibility feature, if recent tweets from the official Deus Ex Twitter account are to be believed. 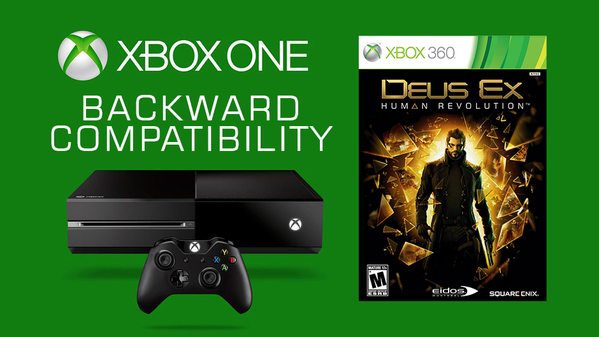 Last week Microsoft announced its December line-up for backwards compatible titles on the Xbox One. One of those titles caused a lot of excitement among gamers – Deus Ex: Human Revolution. The title was released back in 2011, and a director’s cut of the game was released in 2013. Changes within this version, include improved boss battles, AI and graphics.

Boss fights have been completely overhauled and redesigned with new maps and mechanics to support each one of the gameplay pillars: Action, Stealth, and Hacking. Major enhancements have also been made to the game including a rebalanced energy system, updated enemy A.I., and striking visual improvements which make this edition the best looking and most immersive Deus Ex experience available.

“The Director’s Cut is our opportunity to address and implement all of the amazing feedback we received from the community into our much loved Deus Ex: Human Revolution,” said David Anfossi, Eidos-Montréal Head of Studio back in 2013. “We’re incredibly lucky to have such a passionate community and we hope that new and returning players alike enjoy what we consider to be the definitive version of Human Revolution.”

Because of these improvements, the director’s cut is highly desirable.

Unfortunately, this version of the game was released as a multi-disc game on the Xbox 360, and multi-disc titles currently aren’t supported for Microsoft’s backwards compatibility feature.

Support for multi-disc games might arrive sooner that expected though, as the Deus EX twitter account tweeted that Microsoft expects multi-disc titles to be supported early 2016.

For those asking: Missing Link and DXHR Director's Cut are currently not supported, but the Xbox team expect them to be early next year.