While the headlines are being plastered with MediaTek’s deca-core processor that has been codenamed Helio X20, the Taiwanese semiconductor manufacturing firm has released the successor of its MT6735 SoC, MT6755. The mobile chipset is expected to deliver sufficient amount of performance, thanks to its ARM Cortex-A53 CPU that is running at a clock speed of 2.0 GHz. Keep in mind that handsets like Lenovo K3 Note and Meizu M1 Note are running the company’s MT6752 SoC (Octa-core Cortex-A53 at 1.7 GHz), which can breeze past the likes of OnePlus One, Galaxy S5 and One M8, which are all incorporated with Snapdragon 801. With MT6755, MediaTek will be raising the performance bar once more, increasing its hold on the mid-ranged chipset market. 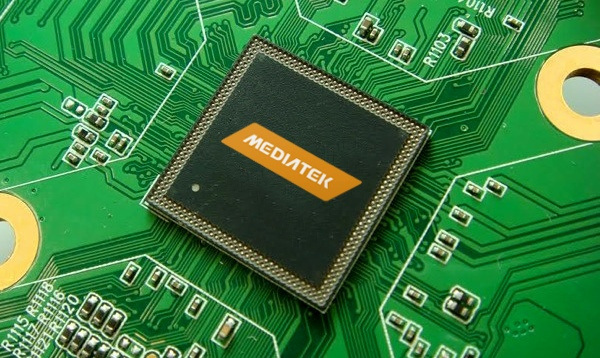 Similar to Huawei, MediaTek refrained from incorporating Cortex-A57 cores in its ‘system on a chip’ primarily because the processor is unable to deliver performance in comparison to the amount of heat it produces. Just like Elephone P7000, the clock speed of Cortex-A53 has been increased to raise the performance barrier to new heights. Additionally, MT6755 will pack enough punch to render the 1080p resolution on smartphone displays, along with support for a 21 megapixel camera sensor.

While the chipset might not provide support for recording 4K videos, handsets running MT6755 will still be able to record 1080p videos at a steady 30 FPS. Moreover, a Category 6 LTE modem (300 Mbps/50 Mbps download/upload) will be present inside the SoC, allowing affordable handsets to exude impressive wireless network carrier speeds. 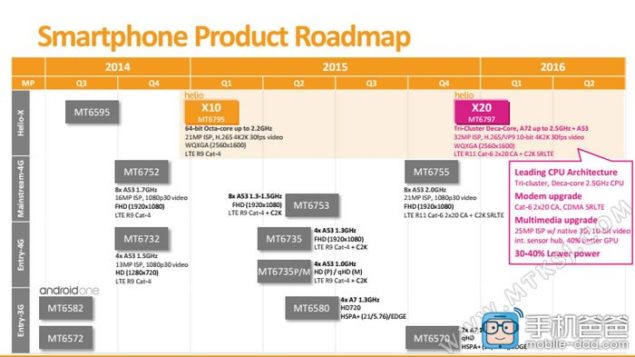 In contrast to MT6755, MT6753 only provides support for a Cat 4 LTE modem, and a Cortex-A53 whose clock speed is far lower compared to the former. MediaTek has not stated details concerning the first batch of smartphones that will be sporting MT6755, but we are confident that several Chinese smartphone manufacturers are going to take note of MediaTek’s advancements and as a result, would line up to partner with the Taiwanese firm.

Seeing as how Snapdragon 810 is being plagued with overheating issues, Qualcomm would most likely have jeopardized future ventures with smartphone firms like Xiaomi, since it was reported that the rising Chinese smartphone company is entering the custom core race like Samsung. In the near future, smartphone consumers will most likely be seeing mid-ranged handsets running MT6755 and will carry affordable price tags. Through this approach, MediaTek is planning on bridging the performance gap between flagship smartphones and those that carry an impressive price/performance ratio.