The MSI Z77A-G45 motherboard which features the Socket LGA1155 to support Intel's 3rd Generation Ivy Bridge processors has been pictured and detailed.

Other Z77 chipset motherboards from MSI were also detailed by us in the following posts: 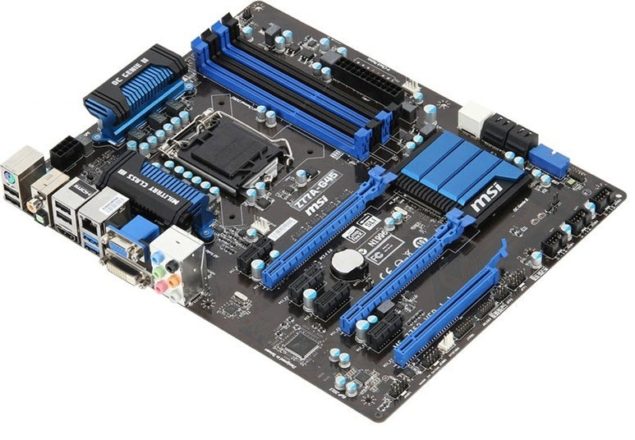 The MSI-Z77A-G45 would be the entry level board based on the Z77 chipset. A 6 Phase VRM powers the CPU which is equipped with adequate heatsinks as seen on the other Z77 models. Socket is wired to four DDR3 DIMM slots which allow support for Dual channel 2667Mhz+ O.C memory.

MSI adds additional features to the motherboard such as SI's ClickBIOS graphical UEFI, Voltage measurement points near the 24 Pin connector and MSI InstantOC. The Z77A-G45 is expected to launch in early April.