MSI has launched their latest motherboard series known as the Gaming Carbon lineup. The lineup consists of two new motherboards that come with slightly updated features plus a brand new "Mystic Light" RGB system that embeds LEDs across the motherboard to give it a cool lightning system with the choice of selecting from over 16.8 million colors and 16 LED effects. 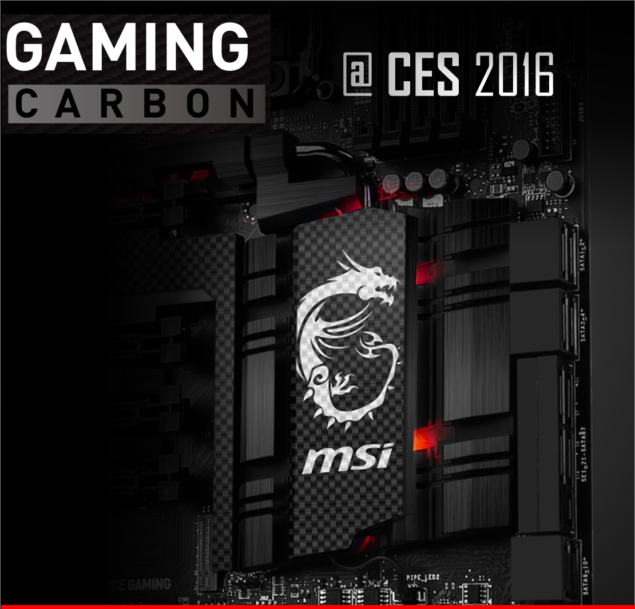 The two motherboards include the flagship X99A Godlike Gaming Carbon and the more budget friendly, gamer focused, Z170A Gaming Pro Carbon motherboards. The motherboards already exist in the market but with the carbon brand, get some new details on the exterior along with some updates in their feature set. Full details for both motherboards can be seen below: 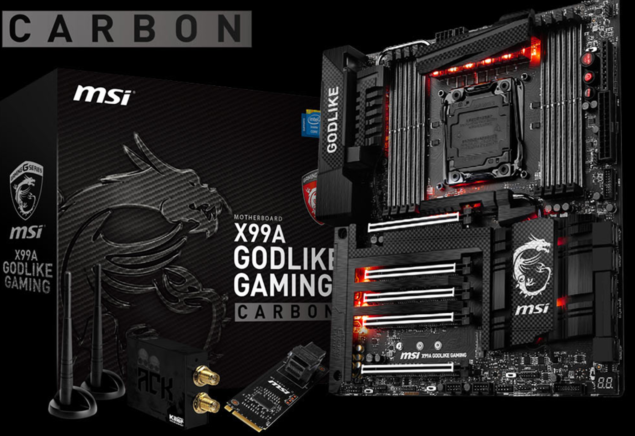 Last year, MSI introduced their X99A Godlike Gaming motherboard which was a beast in terms of features and overclocking performance. The next iteration of the motherboard is its Gaming Carbon update. Featuring the Turbo socket, X99A Godlike gaming comes with a 12 Phase lay out (PWM) that is powered through a 8+6 Pin connector configuration. Eight DDR4 DIMM slots offer support for up to 128 GB of DDR4 memory while voltage check points and overclocking switches are featured on the motherboard for enthusiasts to take the board for a overclocking round. The Turbo Socket adds more pins to the LGA 2011-3 socket to allow for better processor pin connections that provides better overclocking.

The whole motherboard is absorbed in matte black color and carbon fiber mesh on the heatsinks with a large protective armor scheme that runs across the motherboard and has dense heatpipe layout for heat dissipation. Expansion slots include five ideally placed PCI-e 3.0 x16 slots and a ultra M.2 slot can also be found. Storage on the motherboard includes 10 SATA III ports and two SATA Express ports as a part of the storage scheme. Other features include Audio Boost 3 PRO, USB 3.1 (Type-C), Killer Doubleshot-X3 Pro and Mystic Light which has now been enhanced to provide a total of 16 different LED effects. 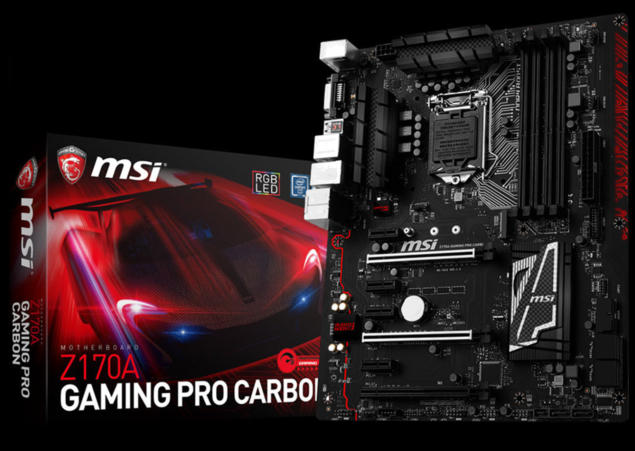 The MSI Z170A Gaming Pro features the LGA 1151 socket that is powered by a 8-Pin connector while the board itself is powered by the 24-Pin ATX connector. This board also features a full black color layout with three heatsinks cooling off the 8 Phase VRM and the Z170 PCH. The The most notable thing about the Pro gaming motherboard are the RGB LEDs that allows users to choose from 16.5 Million colors and 16 different LED color effects. A special feature of this motherboard also includes steel armor for the PCI-E expansion slots that adds more durability to them to support beefier graphics cards and protect against any sort of EMI (Electromagnetic Interface).

Aside from the fancy details adopted by the Z170A Gaming Pro, the motherboard comes with four DDR4 DIMM slots that can support up to 64 GB of capacity with speeds of 3300 MHz (O.C+). Expansion options include two PCI-e 3.0 x16, two PCI-e 3.0 x1 and three legacy PCI slots. There are not M.2 ports on this motherboard but MSI is designing gaming boards which will make use of up to two Turbo M.2 slots with performance rated up to 64 GB/s in transfer speeds ensuring the best possible performance from NVMe SSDs. Other features include Game Boost dial which ensures better clock speed boost while gaming and MSI LAN Protect that has 15KV anti-surge protection. Storage options on this motherboard include 6 SATA III 6 GB/s ports and a single SATA Express port. There’s the MSI Audio Boost chip allocated to its own isolated PCB. Internal USB headers include two USB 2.0 and a single USB 3.0 header. 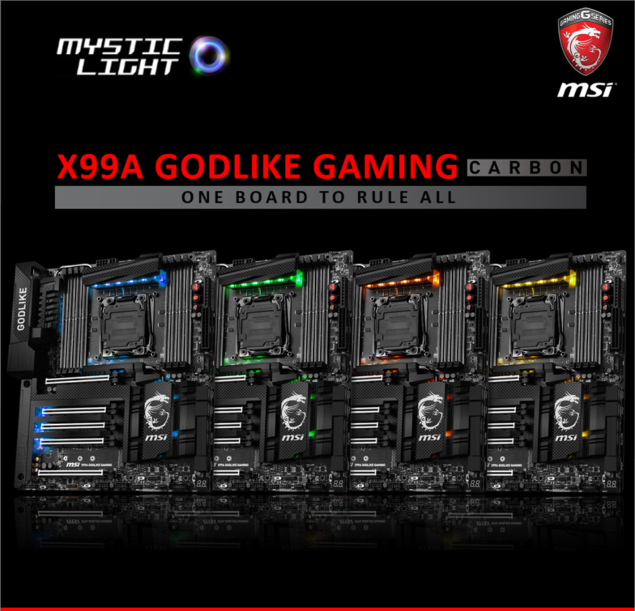 Prices and launch dates of both motherboards are not revealed yet but we are expected to see these boards in the market really soon. The X99A Godlike Gaming Carbon can make a fine partner with the Broadwell-E lineup of processors that launches at Computex 2016.