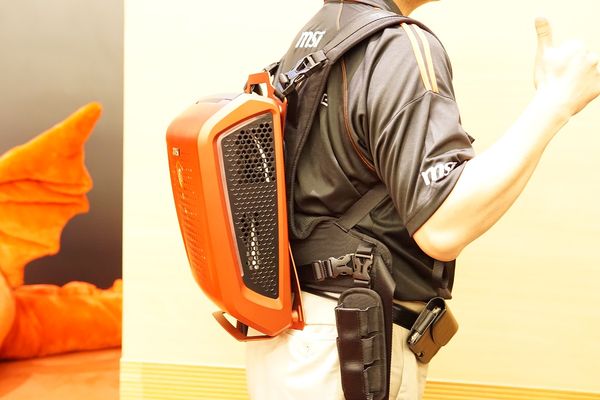 While all eyes could be turning your way, MSI VR PC Backpack is a product that has been designed to bridge the gap between gaming notebooks and desktop computers while providing extreme portability and no compromise in performance.

Despite Its Size, MSI VR PC Backpack Can Accommodate An Unlocked Intel Core i7 Processor And A Desktop Class GPU

Using an MSI ZI70 motherboard, the VR PC Backpack features an Intel 6th generation Core i7 processor with an unlocked multiplier coupled with NVIDIA’s GeForce GTX 980. MSI has stated that with this configuration, you will easily be able immerse yourself in VR games for about 60-90 minutes on a single charge (yes this backpack runs completely on battery). Since the power consumption is going to be relatively high given the amount of power that the GPU and processor will consume, MSI has made its unique product upgradable. 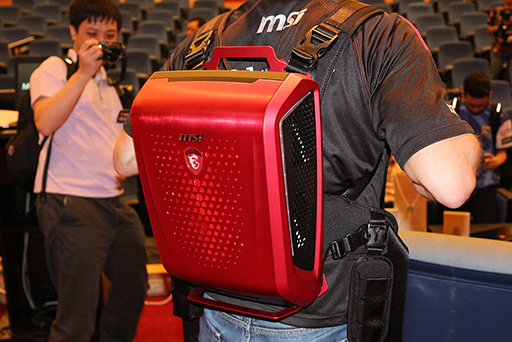 For starters, MSI states that the internal battery is completely upgradable if you want to play the latest VR games for a longer period of time. Additionally, gamers can also conserve power while gaining a boatload of performance by swapping the GTX 980 GPU with a GTX 1080 one. While MSI claims that this is possible, the company has not provided on how we could actually set this up. With just a single HDMI port present on the exterior of the PC, the graphics card will no doubt run into space compatibility issues. 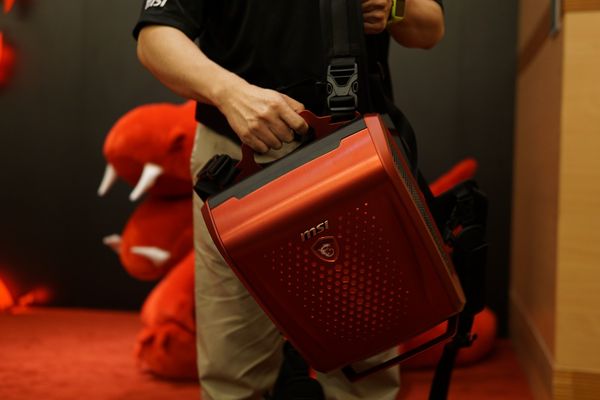 However, it is highly possible that MSI has provided a workaround with a cable extension or adapter, but the fact still remains that you are going to be limited to the HDMI interface. Along with the HDMI port on the top of the case, you will also find two USB 3.0 and two USB 2.0 ports. This meets the minimum requirements for the Oculus Rift and HTC Vive, but it would have been extremely helpful to have additional USB 3.0 ports for other high-end peripherals. 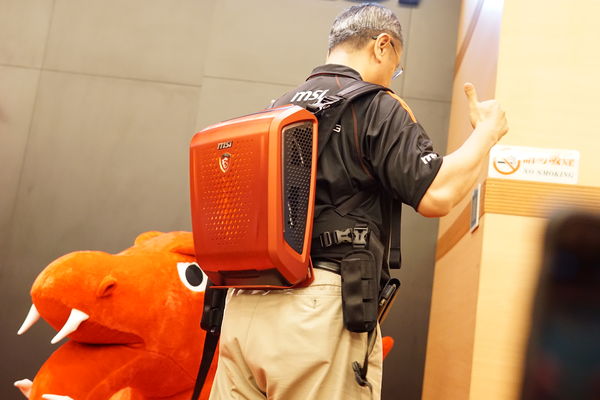 MSI has not stated how much its VR PC Backpack is going to cost, nor did the company state its availability. Looks like we are going to find out in the second quarter of this year.