We already got a look at MSI's gorgeous GeForce GTX 780 Lightning through a leak but it looks like alot of people aren't pleased to see the new design of the graphics card. MSI has gone ahead and provided a much better view of their upcoming card which indeed looks much nicer in the new picture.

When the GeForce GTX 780 Lightning got accidentally leaked last week, the pictures shown off by the user didn't had the plastic material removed from the cooler shroud which didn't provide a better look at the card. The new picture from MSI shows off the new TriFrozr cooler from a top down view and its nothing less then a beauty. We have got to see some impressive designs with the GeForce GTX 780's this round and MSI's Lightning boats one of the most impressive design yet seen on a GTX 780 graphics card.

The GeForce GTX 780 Lightning features the GK110-300-A2 GPU which comes with 2304 Cuda cores, 192 TMUs and 48 ROPs. While the clock speeds are still not known, we do have information regarding other features which the new card boasts. The GeForce GTX 780 Lightning comes with the standard 3 GB GDDR5 memory running along a 384-bit interface. Those clocks and memory would be factory overclocked and would obviously be good enough to run all of the current and upcoming games cranked up to the highest resolutions. Of course those looking for in more memory can always opt for the 6 GB Titan.

As for overclocking, the GeForce GTX 780 Lightning comes with mighty strong PWM supply. The GeForce GTX 780 Lightning features an 16+3+1 phase VRM along with the new DrMOS 4 being the next-gen MOSFET which is used to deliver the power for the CPU. MSI DrMOS 4 does not waste much power, stays cool and is more power efficient than other power saving solutions. Because DrMOS 4 is a 3-in-1 chip it delivers much more power with less components needed. This solution gives you the power to breakworld records. The card is powered through Dual 8-Pin connectors.

The cooling on MSI’s GeForce GTX 780 Lightning is handled by the latest TriFrozr cooler which is making an debut with the new Lightning graphics card. It looks amazing boasting three fans, two black colored while one 80mm yellow themed fan sits in the middle. The shroud looks fantastic with a large Lightning logo on one side and a massive aluminum fin array sitting beneath it which cools the GPU under massive overclocked loads.The interesting part is that the fan in the middle dissipates heat off the PWM supply while the other two fans cool the GPU and Memory chips. The card is powered through Dual 8-Pin connectors while Display outputs include Dual DVI, HDMI and a display port. 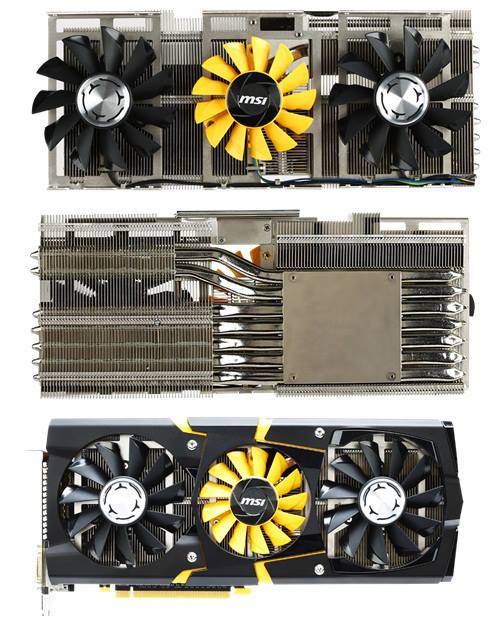 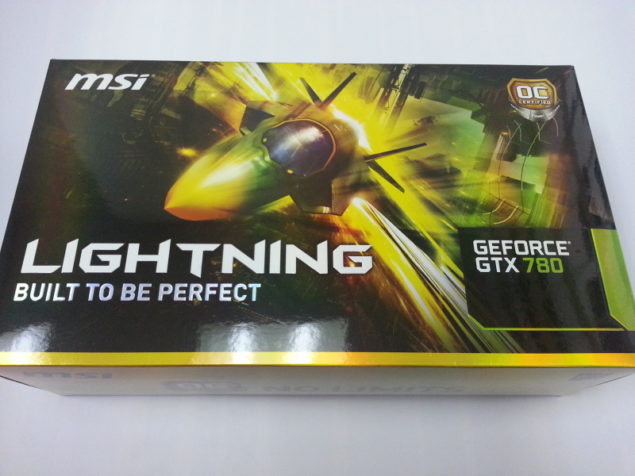 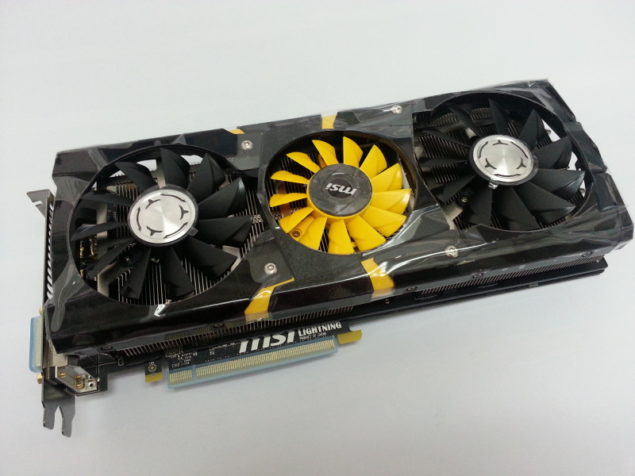 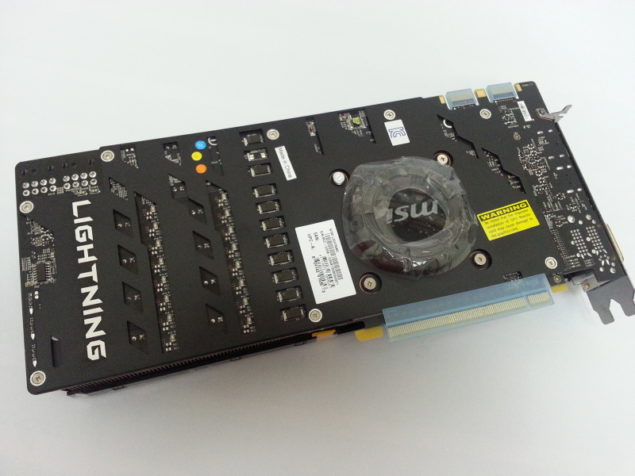 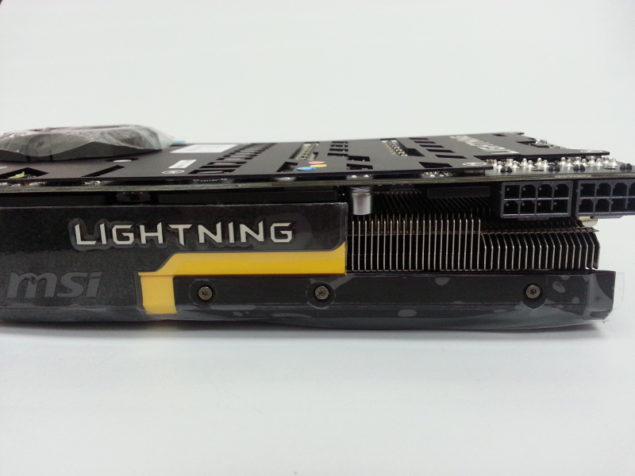