MSI has just recently released its complete combo setup of the Z87I mother board and a GTX 760 Mini ITX Gaming Bundle. They will feature around 200 and 250 USD respectively (with variation across regions). Completing the combo should cost you about 500 - 600USD.

The PS4 has the more power GPU of Net Gen. PS4's Pitcairn GPU comes in at a decent power of 1.84 TFlops. The Mini GTX 760 Offers approximately 2.33 - 2.5 Tfops (The reason for this range is given below) as compared to the aforementioned gpu. Point to be noted here is that the 760 is a dedicated gpu while Pitcairn is on-die. Still couple this package with a beautiful bare bones BMW M8 casing and steam's big picture and you have yourself a console (or as close as it can get anyway). 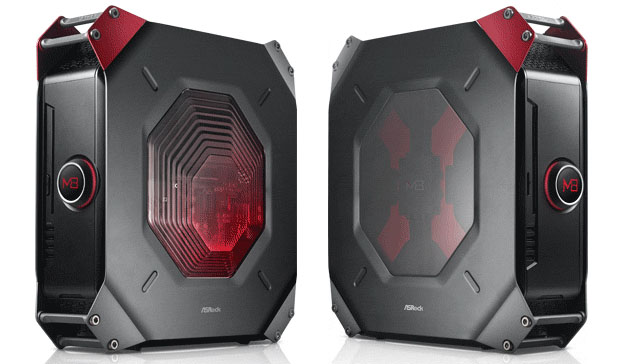 A Very Good Choice for Steambox As Well.

The GTX 760 Gaming graphics card builds upon the niche model launched earlier in the year and sticks to the mini-ITX philosophy: no PCB longer than 17 cm. The GPU has a pcb size of 17 cm as does the mobo, which seems to be msi's philosophy. The GTX 760 Gaming comes pre overclocked with 1152 cuda cores and a max clock of 1098. (Yeah this is the reason along with an improved stepping model).  Following AMD's ideology the card is set to feature silent and gaming modes.