With just a week left in launch, MSI has released yet another GTX 780 Lightning teaser detailing the cooling fan design a bit more. The last pictures showcased a full black and silver color theme which brought us to a conclusion that MSI won't be using the yellow theme on the next Lightning graphic cards, we were wrong. 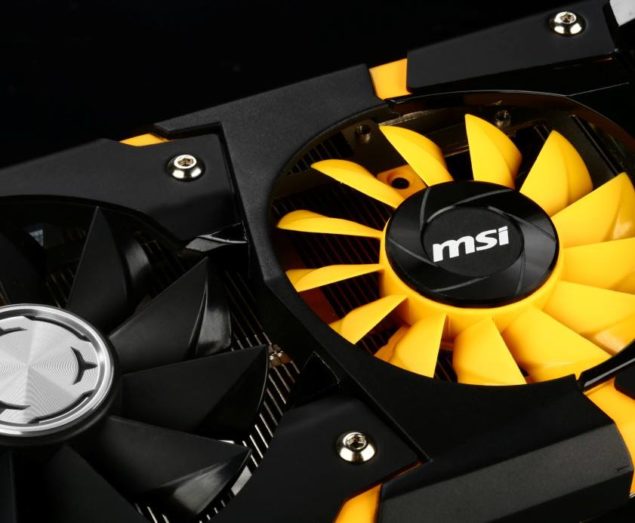 MSI Goes Black and Yellow With the GeForce GTX 780 Lightning

The GeForce GTX 780 Lightning is built around the legacy of MSI's Lightning "Overclocking" products with a new cooler design and sticks with the yellow / black color theme of its predecessors. From the cooler, we can see that MSI used two individual propeller blade cooling fans on the card, one is a 120mm fan while the other yellow fan is probably 100 or 92mm in size since its smaller than the black one. Now the thing to note is the close positioning of these fans to each other. This could probably hint at a third fan on the cooler shroud which would be teased at a later date in the upcoming week. This would be the first tri-fan cooler GPU built by MSI when released and the new Twin Frozr design would end up not only on the GTX 780 Lightning but also the next generation of NVIDIA's flagship cards (Maxwell).

Additionally, We also have two images that were teased by MSI a while back, one shows the LIGHTNING logo embedded on the cooler shroud, i think it’ll probably be backlit by yellow color of the cooler. Next up, we see the MSI’s recently introduced reactor module on the back of the PCB. To note, MSI mentions that this is an upgraded version of the reactor module. The Reactor module is a small PCB board that increase current volume, offers better stability and reduces noise emitted by the PWM supply. Looking forward to see what the next iteration of this small device has to offer. 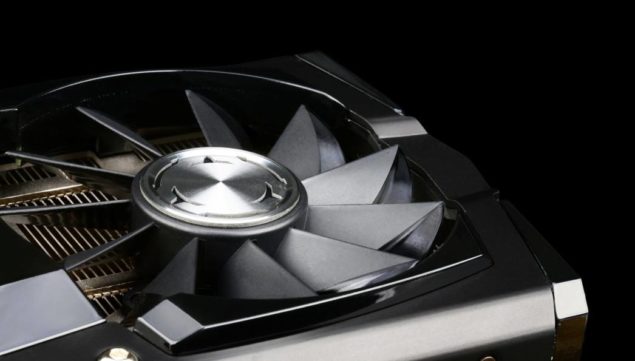 So as far as the performance is concerned, the GeForce GTX 780 Lightning was tested in 3DMark 11 by MSI’s in-house overclocker “Elmor” who broke 20,195 Performance points which is pretty impressive for a GTX 780 making it the fastest in the world. MSI themselves call it the fastest GeForce GTX 780 in the world so far but not mentioned whether these are the stock or overclocked results. The price would be set at a premium range since this an absolute premium card by MSI so expect around $700 + pricing.