MSI has released cheaper motherboards for the Mini ITX and Micro ATX based on the budget B85 Intell Haswell chipset. The new boards intend to provide a complete gaming experience to users running on a budget. The new boards feature Audio Boost, USB Audio Power, Killer LAN and a new hardware design for increased performance.

Starting from Audio USB, the board eliminates the problem of audio output being affected by high power consumption of high-end USBs. The MSI USB Audi Power continues to deliver 5V to USB ports on the motherboard separately, thereby improving USB and audio performance. This results in stable power and better audio signals. 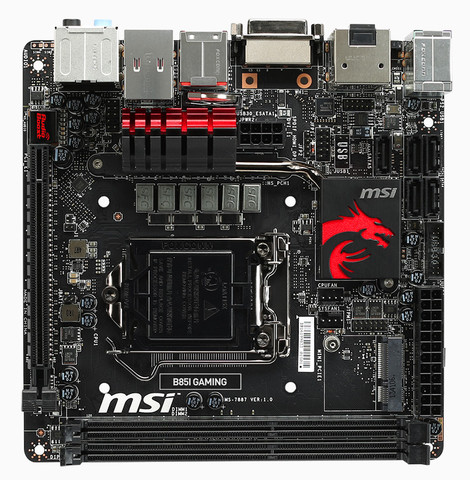 Another feature on the board is the OC Genie 4. The OC Genie 4 is a one-second, automated overclocking tool. Other features include Click BIOS 4 and Command Center. Command Center combines features such as tuning and monitoring of hardware. It also allows greater control over resources. These features enable greater jurisdiction over motherboard configuration.