The card features a 100% Non-reference PCB design equipped with MSI's Unlocked Digital Power VRM and Military Class III Components. MSI also fits a Twin Frozr IV heatsink on top of the card which is the latest entry in the Twin Frozr lineup (Previously featured on the MSI R7970 lightning).

Specifications wise, The card pretty much retains the reference  2GB GDDR5 (256-bit) memory and comes with 1x DVI, 1x HDMI and 2 Display ports while power is fed through dual 6-Pin connector. Considering this a non-reference model, Factory overclocks on the memory and core are expected to be included.

For overclocking enthusiasts, there's V-check points with which you can check the voltages of  GPU, memory or VDDCI through a multimeter and overclocking support through MSI's afterburner app is included. In addition to these, MSI also adds the GPU-Reactor. A small overclocking module which  increases current volume by 88%, reduces power supply noise by 13% acting as a mini power supply which allows for better stability while overclocking.

Price and release date are not announced yet. 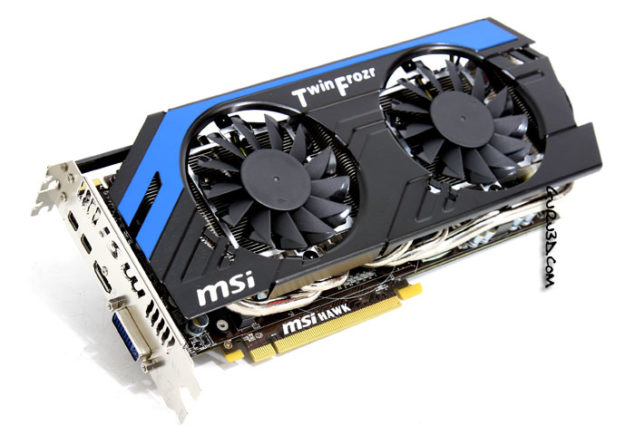