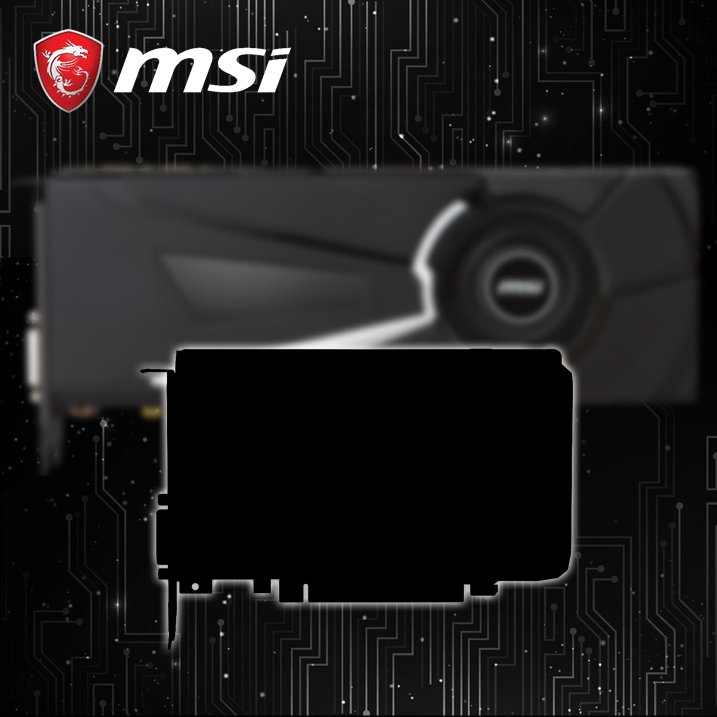 MSI has launched the full range of NVIDIA Pascal based Mini-ITX graphics cards based on their AERO series design. The new cards come in the GeForce GTX 1070, GeForce GTX 1060 and GeForce GTX 1050 Ti flavors, covering an entire segment of gamers who are building small form factor PCs.

The latest models from MSI feature a Mini-ITX form factor which are aimed at small form factor PC builders. A total of eight models have been announced which feature the GP104, GP106 and GP107 GPU cores. Some key features of these graphics cards include a dual slot design that is equipped with MSI's TORX fan.

The Torx fan features the Zero Frozr technology which means that the fan will completely stop under low load situations and keep the card as silent as possible. The cards also come fitted with Super Pipe technology which incorporates an 8mm heatpipe that runs through the base heatsinks. Following is the list of cards announced by MSI:

The MSI GeForce GTX 1070 AERO ITX series comes in two variants, a reference and a non-reference clocked model. Both cards feature dual Super Pipe technology. Clock speeds for the overclocked model are rated at speeds of 1531 MHz base and 1721 MHz boost clocks. The 8 GB memory on both cards operates at the reference speed of 8 GB/s. This gives us 256 GB/s bandwidth along a 256-bit wide bus interface. The reference model is clocked at 1506 MHz base and 1683 MHz boost clocks. Display outputs on both variants include DVI, dual HDMI 2.0 and dual DP 1.4 ports.

The GeForce GTX 1060 AERO ITX series comes in both 6 GB and 3 GB variants. Each variant features an OC and reference model. The cards feature a single heatpipe design compared to dual heatpipes on the 1070 ITX models. The overclocked GTX 1060 AERO ITX models operate at a rated clock speed of 1544 MHz base and 1759 MHz boost clock while the reference models operate at 1506 MHz base and 1708 MHz boost clocks. The display outputs include DVI, dual HDMI 2.0 and dual DP 1.4 ports.

The second model is the 2 GB GeForce GTX 1050 AERO ITX that comes with clock speeds of 1404 MHz base, 1518 MHz boost and 1750 MHz memory clocks. Both cards come with one of each display connection that includes DVI, HDMI 2.0 and DP 1.4. Prices have not been confirmed but this post will be updated once we do get more information on the AERO ITX series graphics cards.