MSI Z77 Gaming Series Motherboards - For the Gamers by the Gamers!

The new MSI Z77 Gaming series motherboards were designed by pro gamers for the gaming community itself with included features such as the  Qualcomm’s Killer E2200 high-performance network chip which delivers unprecedented and stable network connections for gaming and enthusiast needs. Also, the Z77A-GD65 Gaming comes with the latest gaming device port which is optimized for gaming mice with high polling rate of 500 Hz to 1000 Hz and reduces the response time from 8 ms to 1 ms. In addition to these, MSI G Series would have three times the gold plating on its latest ports which would increase the durability of user peripherals by preventing oxidation and offering time times longer lifetime. These are just a few features to name, you can see in the following list what the new Z77 Gaming series lineup has to offer:

THE BEST GAMING WEAPONS AT HAND

MSI has introduced four new Z77 gaming series motherboards which include the following: 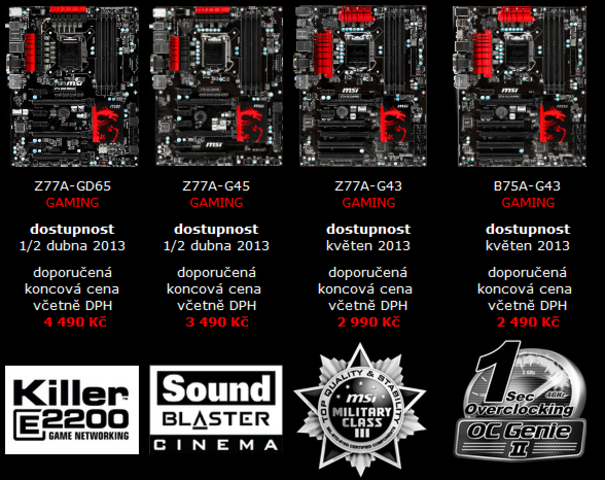 The MSI Z77A-GD65 Gaming is definitely MSI’s most feature rich motherboard ever released for gamers falling in line just after the MSI Z77 MPower. The MSI Z77A-GD65 Gaming is equipped with Military Class III components which include a 12 Phase VRM making use of DrMOS II, Hi-C Cap, Super Ferrite Choke. Components which fall under MSI’s Military Class III assure that users get longer lasting stability and overclocking out of their PCs.

The rest of the boards including the Z77A-GD45/43 Gaming and B75A-G43 Gaming come with the same Dragoon style Black/Red color theme but unlike the GD65 Gaming, they don't get the heatpipe cooling solution but a simple heatsink+PWM and a few features such as I/O, storage connectors get taken away depending on the models, you can check out the complete specification chart at the end of this article. 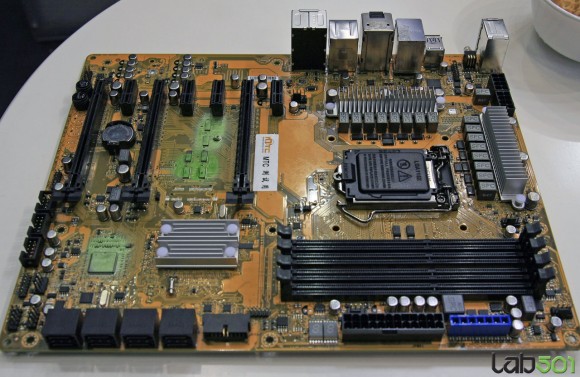 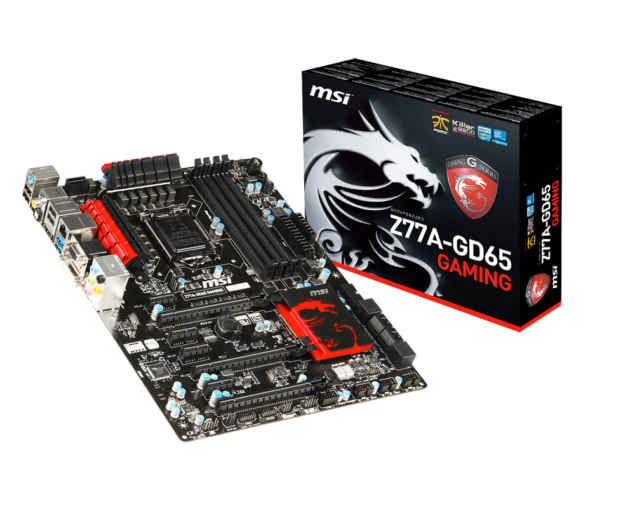 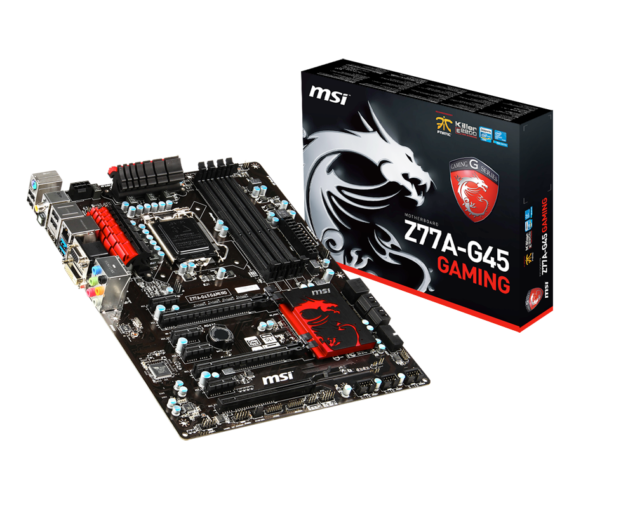 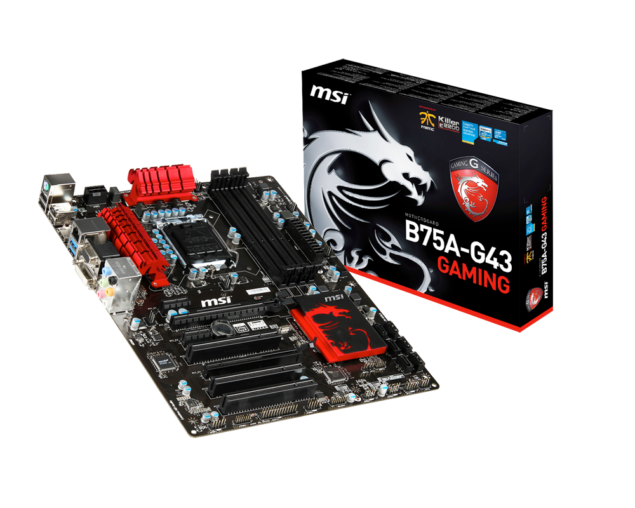