OBR seems to have leaked not one but two GeForce GTX 660 models from manufacturer's MSI and ASUS. The models which were pictured are the Power Edition GTX 660 from MSI and the DirectCU II variant from ASUS which feature a non-reference PCB and are based off the GK106 core architecture.

First off, we'd be detailing the Power Edition GTX 660 which has a total of 960 Cores as confirmed in our previous post. It comes clocked at 980MHz core and 1033MHz Boost frequency while the 2GB GDDR5 (192-bit) memory runs at 6008MHz effective. The card comes with 3-Way SLI support and offers Twin Frozr IV cooling design for better thermal dissipation. TDP is rated at 170W which suggests the card would be powered through dual 6-pin PCIe connectors. 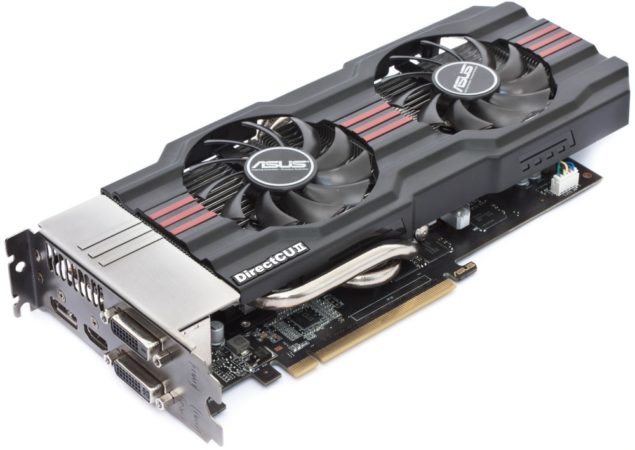 The Second card is from manufacturer ASUS retaining its much praised DirectCU II heatsink design, We can guess that the clock speeds just like the power edition come at 980MHz/1033MHz/6008MHz for core,boost and memory. Of course their would be factory overclocked variants with faster clock frequencies at launch.  Power is provided through two 6 Pin connectors.

It seems like both cards would launch around 6-12 September and pricing would remain set at the reference MSRP of $229-$249.