MSI's upcoming GeForce GTX 760 Gaming OC Edition graphics card has been unveiled by Videocardz. The card makes use of a non-reference PCB and the latest iteration of Twin Frozr IV cooling which allows for faster clock frequencies and better overclocking. 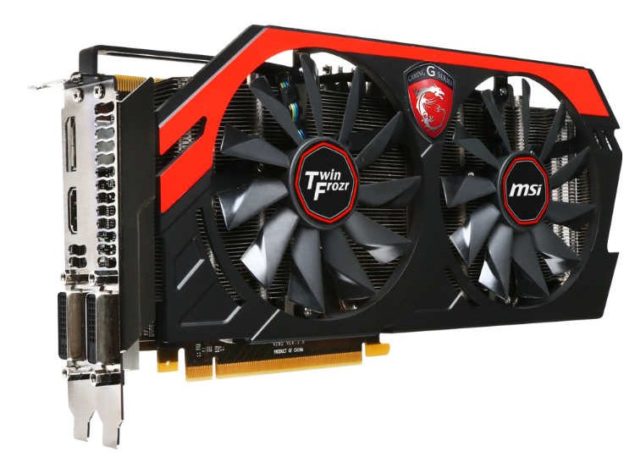 The GeForce GTX 760 Gaming OC graphics card would feature a GK104-225-A2 Kepler core architecture that supposedly boasts 1152 cores, 96 TMUs, 32 ROPs along with a 2 GB GDDR5 memory interface running along a 256-bit wide memory interface. The GPU runs at a base clock of 1085 MHz while boosts upto 1150 MHz which are similar speeds as seen on other non-reference models. The memory on some of the overclocked variants is clocked at 7 GHz while others still operate at the reference 6 GHz effective clock speeds, the GPU pumps out a bandwidth of 192 GB/s at 6 GHz and 224.4 GB/s at 7 GHz effective clock speeds.

The Twin Frozr IV cooling solution used on the card is of the same iteration that is seen on GeForce GTX 780 and GTX 770 Lightning models. It makes use of a large aluminum fin array and heatsink array sitting on top the GPU block that is cooled off by two large propeller blade fans. Display outputs include Dual-DVI, HDMI and a display port. The non-reference PCB would allow for a much powerful PWM supply over the reference cards allowing better overclocking. The card is expected to hit retail in about a week or so for $299. Reference models would supposedly cost lower than previously expected. 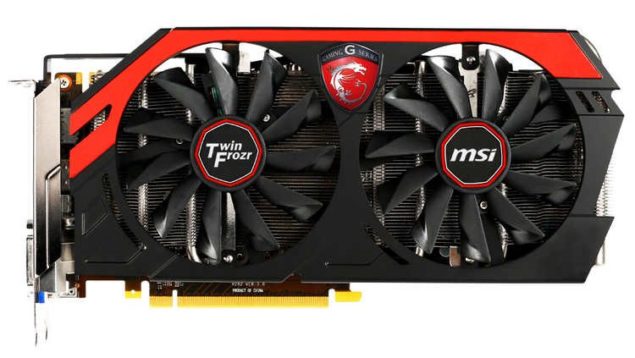