MSI has released a few press release sides which detail the upcoming GeForce GTX 680 graphics card, Based on the reference design, MSI's GeForce GTX 680 would feature the Kepler GK104 Core powered by 1536 Cuda Cores along with PCIe Gen3 and GPU/Memory Clock Offset plus power limit control through MSI Afterburner App. 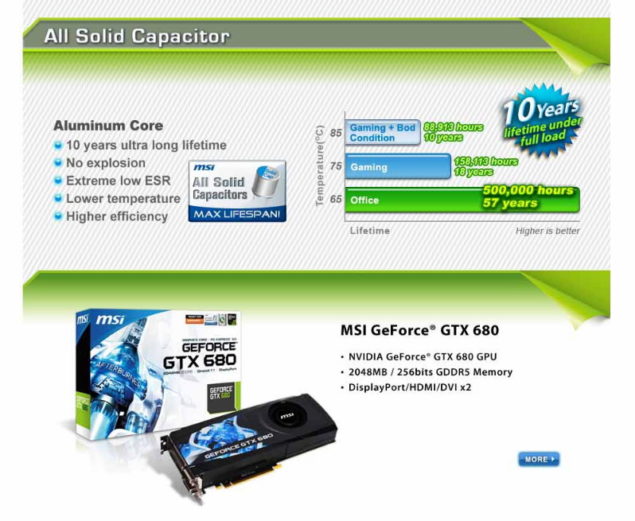 The card features a reference PCB and cooler, Specifications include a 2GB memory buffer clocked at 1.5GHz (6GHz Effective) and a Core clock of 1006MHz. Slides show that MSI would equip the GPU with All Solid State Capacitors. Display Outputs include 2 DVI, 1 HDMI and a Mini Display Port. This means that GTX 680 would enable support for 3 Monitor 3D Vision through a single card - First time on an Nvidia GPU!

The card officially launches on March 22nd at a suggested retail price of $550.

Special thanks to TechPowerUp for posting the PR charts!