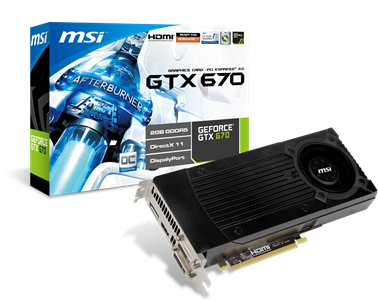 MSI GeForce GTX 670 OC edition has also been listed online for a price of $420, Specifications such as clock speeds  of the factory overclocked GPU have also been revealed.

Other specifications include Dual 6Pin connectors, 3-Way SLI support and display outputs consist of two DVI, HDMI and display port. Expect the card to hit retail by tomorrow, Reference model would be available for an suggested MSRP of $399.