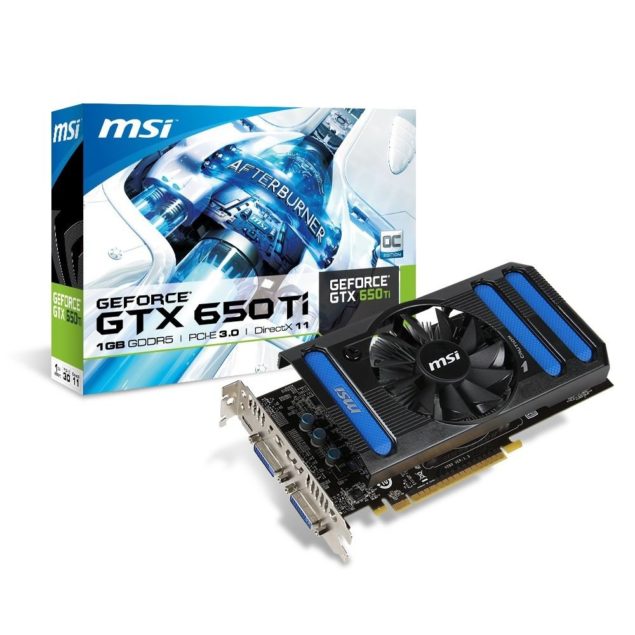 MSI's upcoming GeForce GTX 650 Ti OC Edition graphics card has also been leaked by an online retailer, although the listing has been leaked but we managed to get some key details on the GPU.

The MSI GTX 650 Ti OC Edition utilizes the same PCB as the Power Edition with a GK106 core packing 768 Cores, 16 ROPS and a 1 GB GDDR5 (128-bit) memory. The PCB makes use of a 3+1 Phase VRM fitted with Military Class III components however the core clock runs lower than that of the Power Edition's 993 MHz. The memory clock is maintained at the reference 5400 MHz effective frequency.

Compared to the Cyclone II cooler, the OC edition gets rids of the extra two heatpipes and fin arrays for a cost-effective design which is cooled by a 92mm fan situated on the cooler shroud. Display outputs include Dual Link DVI and a D-Sub output whereas the card is powered through a Single 6-Pin PCI-e connector.

The other model "GTX 650 Ti Power Edition" from MSI can be viewed here. Both models launch tomorrow, however there is also a third HAWK model planned for launch but we don't have concrete details on whether it will launch today too or not. Pricing of these models is expected around $159-$199.