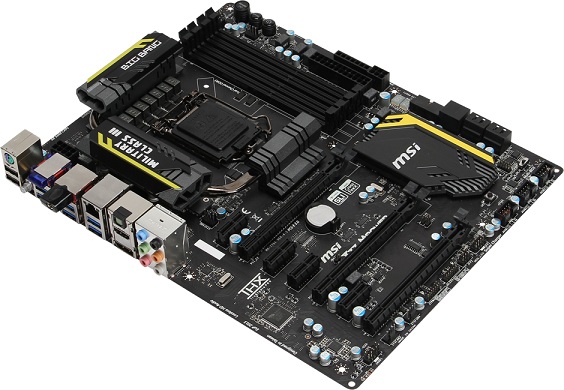 The Z77 MPower would feature a color scheme similar to MSI's Lightning series products which mainly includes GPU's such as the R7970 and NGTX680. One of the heatsinks near the power area has been shrinked down to make way for a 4-Pin PWM header.

Main features of the board include a 16 Phase VRM which is interconnected through a series of heatsinks featuring heat-pipe technology. Four DIMM slots for 32GB memory, 3 PCI-e x16 3.0 and 4 PCIe x1 slots.

I/O includes SATA III, USB 3.0, 7.1 Audio, PS/2, HDMI, SPDIF, Bluetooth and Wi-Fi. An overclocking switch along with Clear CMOS button are also located at the back while the Power On/Off, Reset switches are situated on the board.

MSI's main aim with the Big Bang MPower is focus on enthusiasts and overclockers. Mostly those with liquid cooling setups or LN2 if you're willing to spend some bucks. No date has been announced yet on availability. 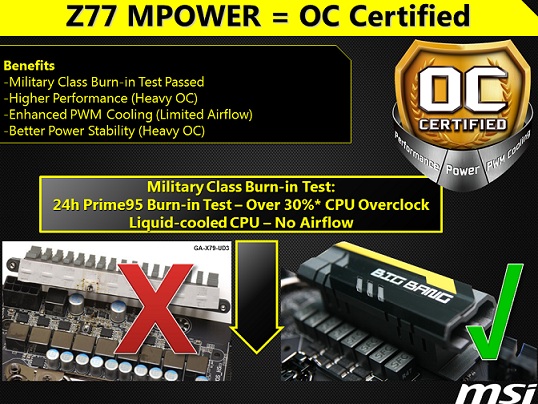 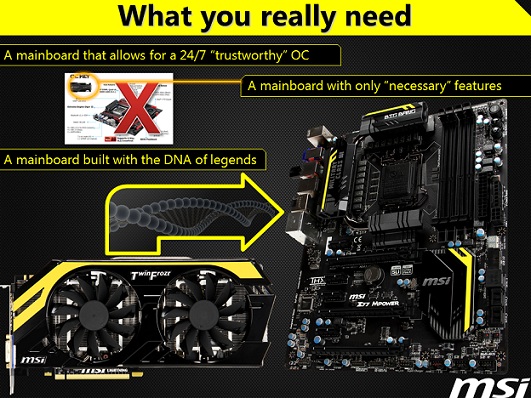 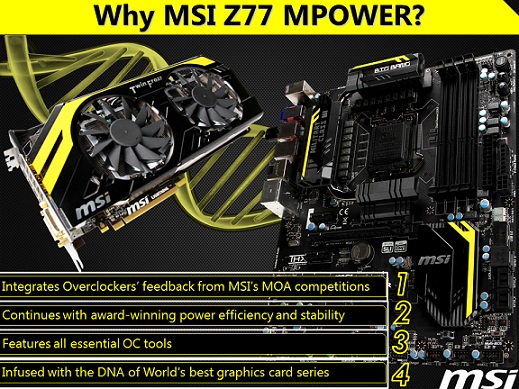