MSI has announced its upcoming High End Motherboard which is based on Intel's P67 Chipset, The "Big Bang Marshal Motherboard. Featuring a 24 phase DrMOS PWM design and in its case some of  the components had to  be moved to the rear of the PCB which might seem unusual for a large board this size. The board comes with dual 8-pin 12V connector and a single 6-pin 12V connector near the PCI-e slots. Something weird about the board is that its filled with power regulation components and also some even a few potentiometers spread around the board indicating some kind of manual control over the power regulation circuitry.

The back of the motherboard include lots of connectivity features such as PS/2 port, two USB 2.0 ports, eight USB 3.0 ports (using a single host controller and two hubs), two USB 2.0/eSATA combo ports, a FireWire port, a pair of Gigabit Ethernet ports and 7.1-channel audio with optical and coaxial S/PDIF out. The Heatsink design and layout is pretty fine which includes the VRM area covered with 3 different heatsinks in a silver blue theme carrying the Military Class II and OC Genie II logos equipped with a single heatpipe and also a heatsink covering the P67 chip. I expected a better hetsink design and layout for this board and i hope the final design is something different.

Other MSI exclusive features to be added are the MSI's ClickBIOS which is MSI speak for UEFI and MSI will also provide software X-Fi audio and a range of other software features. Pricing and avilibility are not yet revealed but it'll be one of the most expensive P67 board. 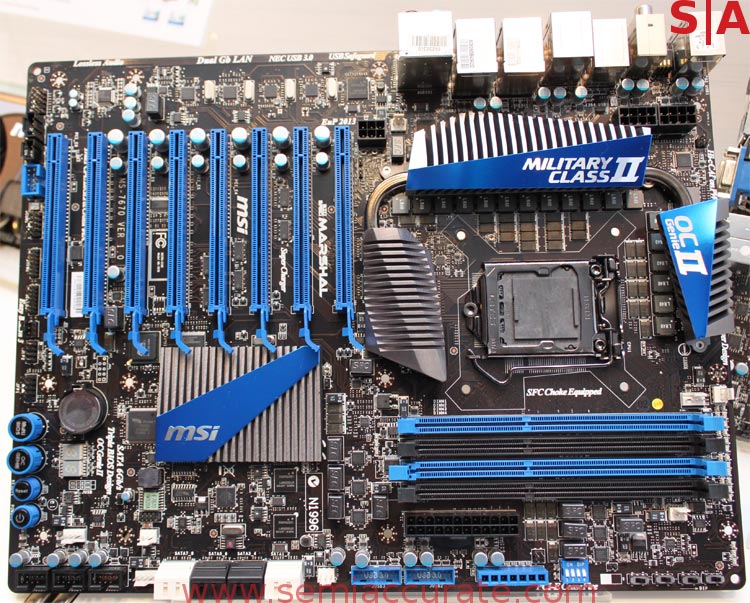 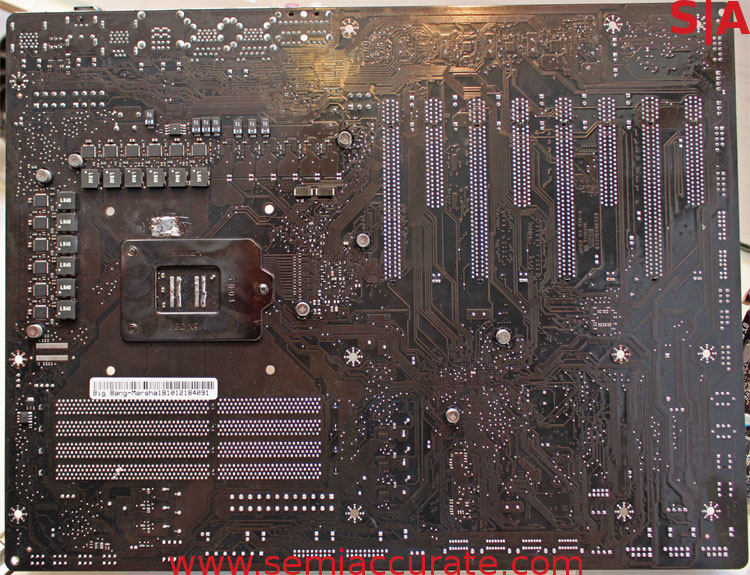 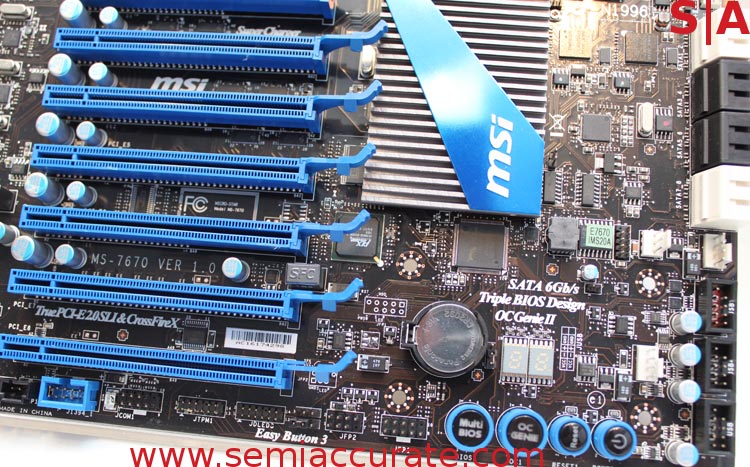 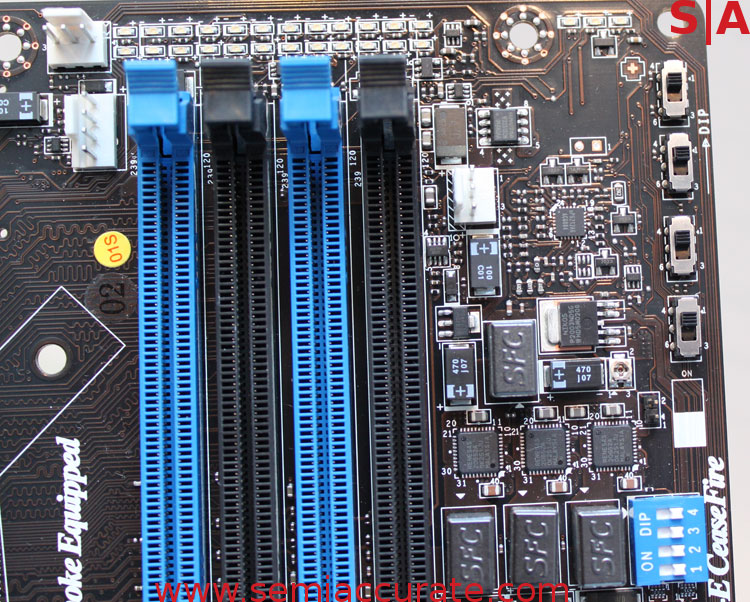