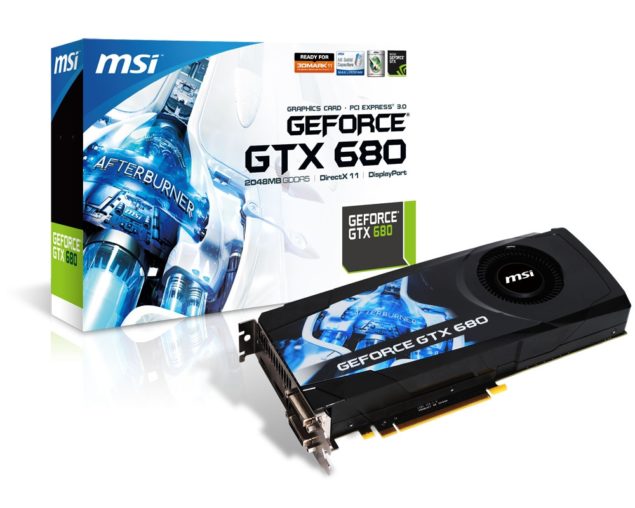 GPU Boost technology allows the core clock to be automatically adjusted on the fly for optimal gaming performance. When used with the MSI Afterburner overclocking utility, the power limit and clock offset can be adjusted as well for better overclocking capability. A single card can also support NVIDIA 3D Vision Surround technology for up to four monitors to give gamers the best gaming experience.

The MSI GeForce GTX 680 graphics card supports NVIDIA's GPU Boost technology that allows the core clock to be adjusted on the fly for optimal gaming performance. When used with MSI's exclusive Afterburner overclocking utility, gamers can control the power limit and clock offset for better overclocking capability. The card is also equipped with advanced fans speed control based on GPU temperature. Afterburner supports the free video/audio capturing function Predator and can even use smart phones to control the graphics card in desktop machines. When combined with the Kombustor burn-in testing function, it is an indispensable tool for enthusiasts looking to get the most out of their graphics card.

The MSI GeForce GTX 680 graphics card uses the 28nm GeForce GTX 680 GPU and supports the latest PCI Express Gen 3 standards. This advanced manufacturing technology reduces operating temperatures and improves performance, and when combined with the latest connectivity standard it can also deliver a staggering 32GB/s of bandwidth with compatible CPUs and mainboards. For gamers, this means an even better gaming experience with 40% more performance than previous generation GeForce GTX 580 graphics cards.

Apart from supporting the latest DirectX 11 technology, the MSI GeForce GTX 680 graphics cards has the ability to enable NVIDIA 3D Vision Surround using three 3D monitors and 3D glasses with just a single card. Gamers will be able to enjoy the spectacular visuals of 3D games and movies. Additionally, support for up to four displays driven by one graphics card allows gamers to make the most of multiple-monitor gaming configurations. 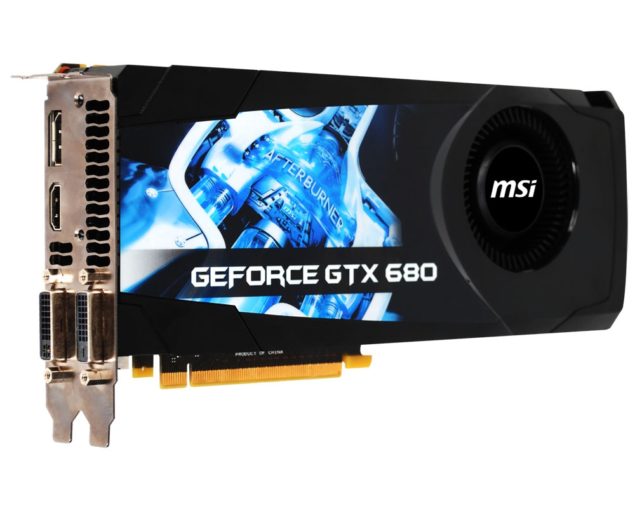