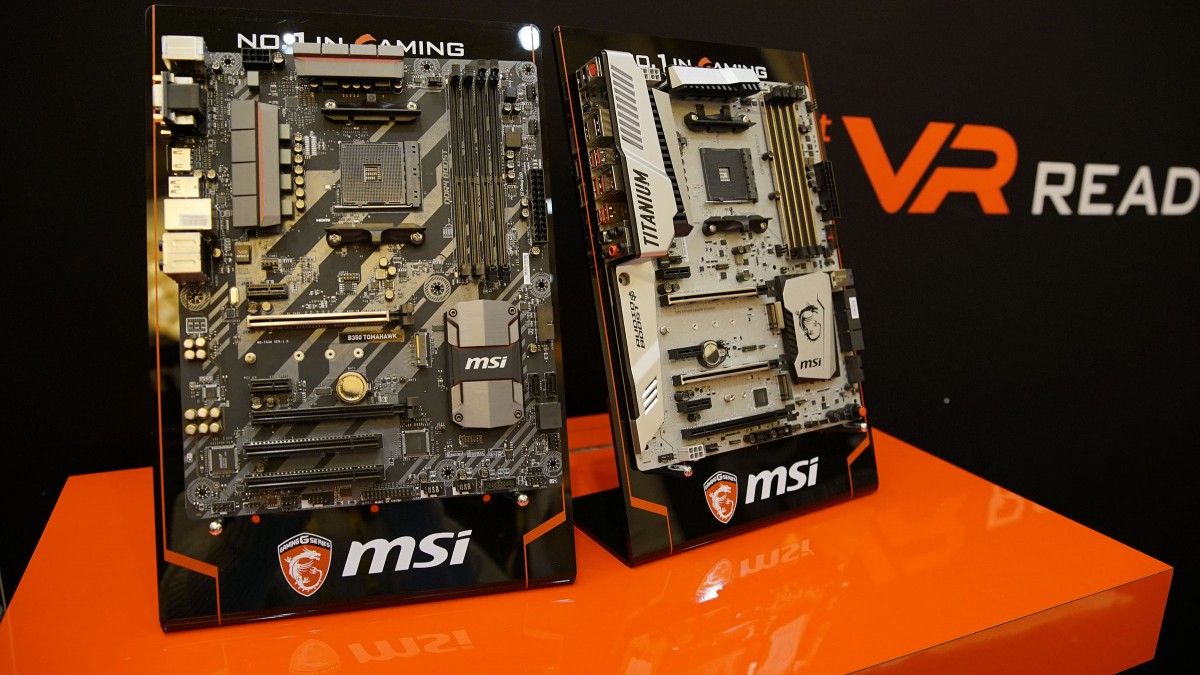 MSI has revealed their fully loaded AM4 motherboards for next-generation AMD Ryzen processors. The new AM4 motherboards are the first that come with enthusiast level designs that are geared towards overclockers and gamers.

MSI AM4 Motherboards For Ryzen CPUs Showcased at CES 2017

OCaholic managed to grab some really excellent shots of the two motherboards displayed by AMD. The designs are ready to support AMD Ryzen CPUs and we should also expect a range of features. The motherboards that were showcased include MSI's X370 XPOWER Gaming Titanium and the B350 Tomahawk which are the high-end of the stack. 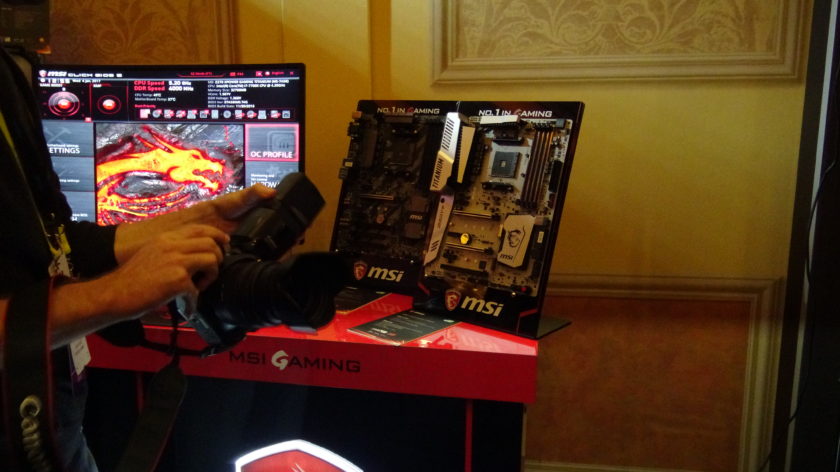 The MSI X370 XPOWER Gaming Titanium comes in the lovely white and black design which is also seen on the Intel Z270 chipset based variant. The motherboard has a 10 phase PWM design fitted with the highest quality components. These allow higher overclockability and stability on the Ryzen CPUs which will be fully supported by the AM4 socket. There are two aluminum based heatsinks fitted with heatpipe cooling that dissipate heat from the VRMs.

The motherboard is powered by various power inputs. CPU is supplied through the 8+4 pin connector, the 24-pin ATX connector powers the board while an extra 6-pin power connector lies at the bottom to provide extra juice to the PCIe slots when running multiple GPUs. Some overclocking friendly features that can be found on the board are an OC BIOS switch, reset/power switches and an internal USB 3.1 connector to boot up BIOS from a flash storage device. I/O on the board includes a PS/2 port, seven USB 2.0, eight USB 3.0 ports, dual USB 3.1 (Type-A + Type-C), Ethernet LAN port, HDMI, DP 1.4 ports and a 7.1 channel audio jack.

The second board is based on the B350 chipset which is a more affordable PCH for AM4 PC builders. This board was previously showcased in slides during the AMD Ryzen showcase. The motherboard is a pretty decent design that comes with the AM4 socket and a 6 phase PWM design. CPU is powered by an 8-pin connector.

Four DDR4 DIMM slots offer support for memory capacity up to 64 GB. Expansion slots include two PCIe 3.0 x16, two PCIe 3.0 x1 and two PCI slots. There's also a single M.2 slot. Do note that the PCIe slot is covered in metal shielding which is a new feature MSI introduced with their Z270 lineup and now extending it on to the upcoming AMD AM4 motherboards. Other features include a sweet design for gamers who want to build some interesting, gaming focused budget builds.