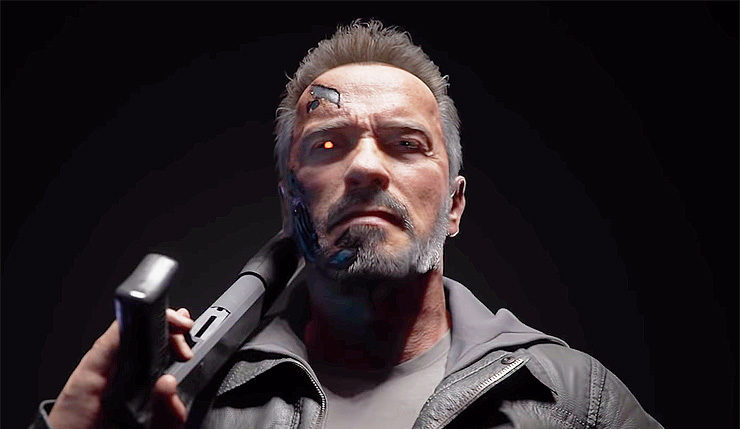 It’s been known for a while that Mortal Kombat 11’s first Kombat Pack would include three fighters from other franchises, but aside from Spawn, the guest characters have remained a mystery. Well, NetherRealm just made it official – Joker and the Terminator, based on Arnold Schwarzenegger’s look from the upcoming Terminator: Dark Fate movie, are the other two guest fighters. Not exactly a huge surprise, as they were heavily rumored, but still, nice to have it confirmed. You can catch a glimpse of all six Kombat Pack characters in the teaser trailer below.

I’ll admit, I’m excited to see what kind of horrifying violence old man Arnold Schwarzenegger will be dishing out. I’m sure you already know who the Terminator and Joker are, but here are some official descriptions for the new fighters, all the same:

The Terminator, Joker, and Spawn will be available for $6 apiece or as part the game’s $40 Kombat Pack, which also includes a variety of exclusive skins and other cosmetics. Shang Tsung and Nightwolf have already been released, Terminator drops in October, Sindel in November, and Joker and Spawn arrive in early 2020. You can check out the full character roadmap, below. 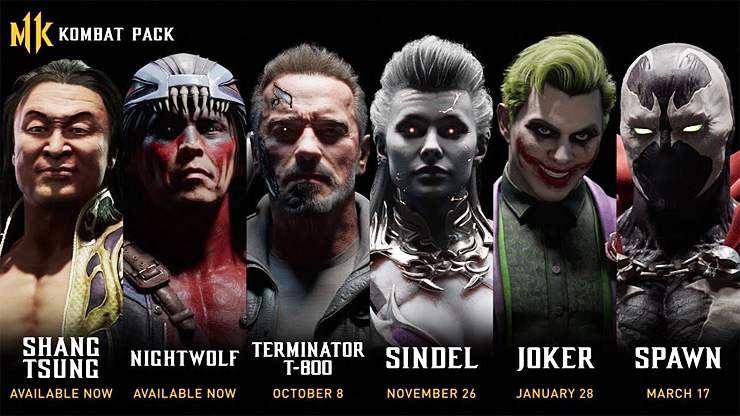