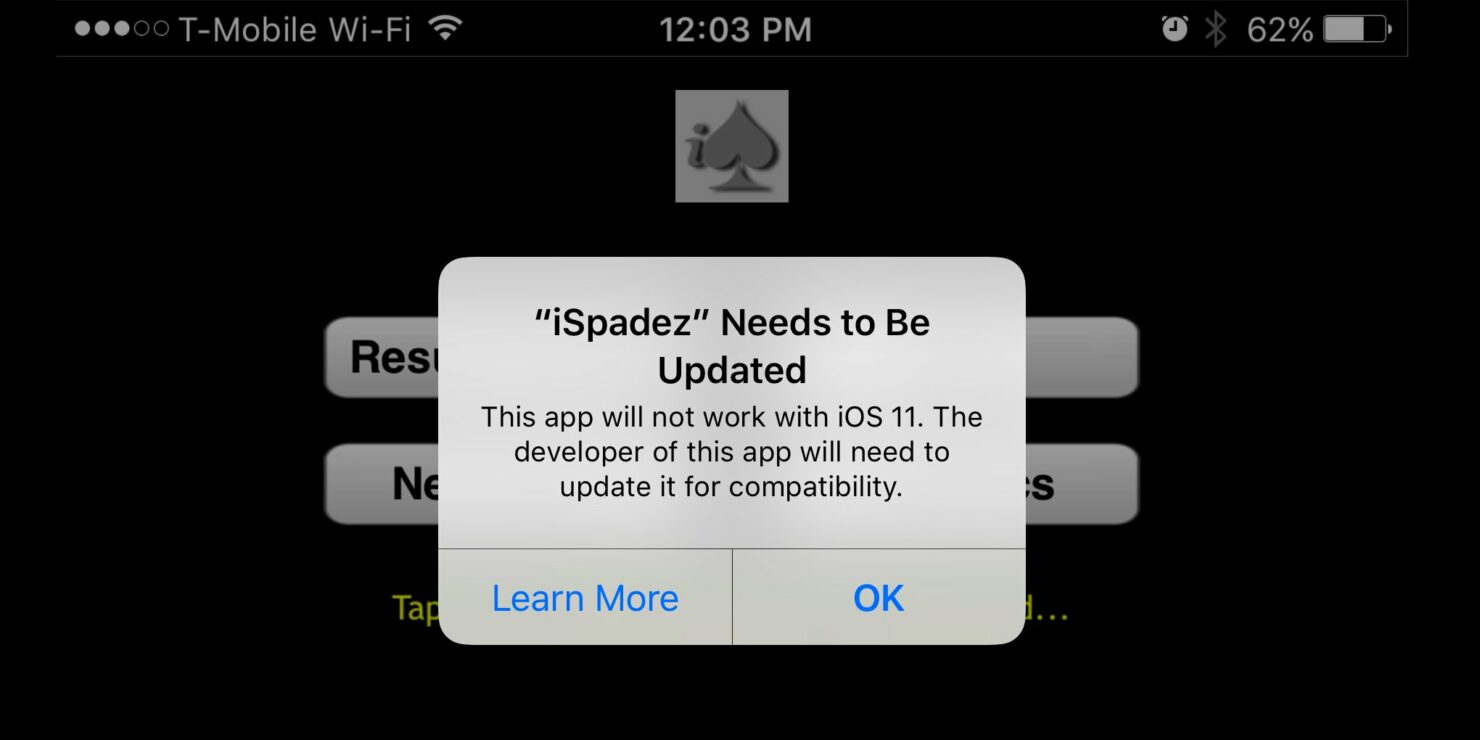 iOS 11 is on the verge of release. And with that big coming, 180,000 apps and games on the App Store will cease to work overnight.

With the release of iOS 10.3, it became very, very apparent that 32-bit apps were on their way out. Apple added a separate section in its software that identifies apps installed on an iPhone or iPad that would end up being incompatible with Apple's iOS 11 firmware.

Things start to get worrisome when you take into account that there are over 180,000 apps on the App Store that haven't been updated with 64-bit support at all. Chances are high that your favorite note-taking or fitness app is one of them. In fact, Apple has started a little bit of spring cleaning already after having removed thousands of apps from the App Store.

It's worth noting here that Apple had been informing developers to update their apps to 64-bit for a considerably long time. Now though, the company is taking dire steps to clean out the stuff that would be otherwise incompatible with iOS 11. To put things into perspective, there are around 2.4 million apps on the App Store. 180,000 makes up for a huge chunk of that.

If you are worried that your favorite apps might bite the dust, go to Settings > General > About > Applications. You will be presented with a list of applications that haven't been updated. You will see absolutely nothing in this section if you don't have an incompatible app installed. If you do, then it's best to source a 64-bit alternative of the software you are using.

iOS 11 will likely become available to download some time in the next few weeks. If the past release trends is anything to go by, then the software should be available right before Apple's new iPhone starts to ship to customers. Still, that's a long way to go if you're following the tech calendar. Until then, make sure you find the right app or game alternative on the App Store otherwise you will be fairly disappointed very soon.