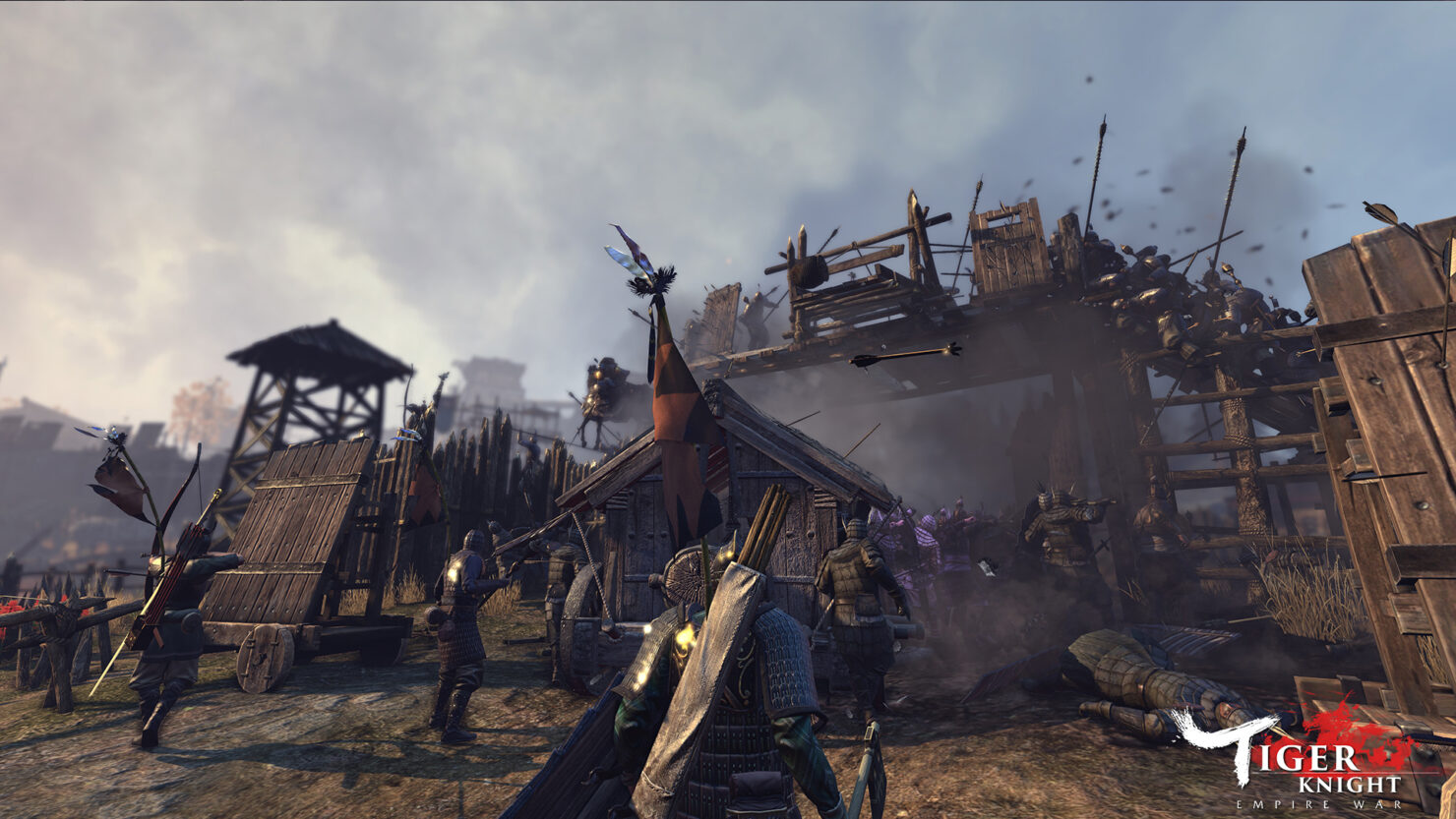 The historically inspired large-scale combat, set in the era of the Han Dynasty, Kushan Empire, Parthian Empire and Roman Empire, puts players in control of their destiny with a multitude of customization options in realistic 3D battle experiences with hundreds or player-controlled units.

Across the truceless battlefields brutal warfare has broken out with four factions each vying to rise above the other and deception is the name of the game. In Tiger Knight: Empire War battle is in third person combining action gameplay with player-controlled mounted warriors and strategic large-scale MMO battles.

Tiger Knight: Empire War players take complete control of how they will experience warfare choosing to command troops or take on the conflict on their own to become the sole conquering hero. The deep customization includes over 400 weapons, 400 armor types and 75 arm types, allowing players to truly personalize their character.

Created with Unreal Engine 3, victory and loss is experienced in numerous modes including PvP, in which up to five players per faction will control up to 40 warriors, which can include the high-level tiger knights, per side for battles where communication, strategy and tactics are as important as individual performance and battlefield skill. Keeping true to the realism in Tiger Knight: Empire War, players also engage in mounted combat, relying on their horse to triumph over the enemy.

According to the information available on Tiger Knight: Empire War's Steam page, the full launch should take place in one or two months and the developer (NetDragon) won't wipe data after Early Access.

There's also a Duel Mode without NPC soldiers for 16vs16 players and a PvE mode where you can fight the AI in "realistic simulations of famous battles from the Three Kingdoms period". If you've played a bit of the game already, let us know your opinion in the comments section.