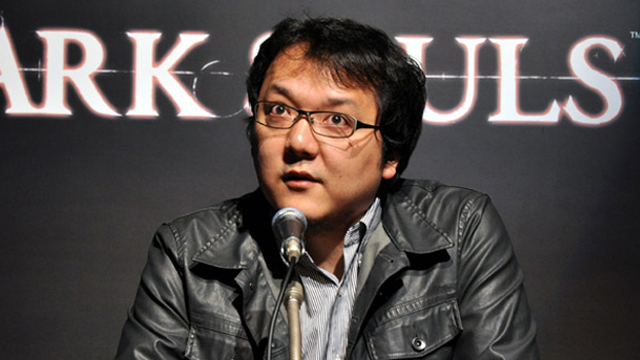 The Dark Souls series is done for now according to the game’s director, Hidetaka Miyazaki. Luckily, he’s currently working on several titles that could appeal to the public.

Game director and From Software President Miyazaki revealed as much in an upcoming interview in Japanese gaming magazine Famitsu.

As covered by Japanese blog Esuteru, and translated by Twitter user “BlackKite”, Miyazaki was asked about the future of the Dark Souls series following the release of the Ringed City DLC for Dark Souls 3. The From Software President stated that the series is done for now, and that there currently no future plans for another Dark Souls title.

Hidetaka Miyazaki: Dark Souls series is completely done as of DS3: The Ringed City. At least for now we don't have any future plans for it. pic.twitter.com/M3LlZ1gTHB

The game director expressed that he doesn’t believe that he has implemented all he envisioned in the Souls games, but that the series is a blessed one in general, although each Souls title surely has its flaws.

Miyazaki: I dont think I've implemented all I wanted. Each Dark Souls games have their own mistakes but I think overall its a blessed series pic.twitter.com/fzp1hCDZrf

While there’s currently no future for a new Souls game, the From Software President did confirm that he’s currently working on several titles that should appeal to gamers. Further details weren’t shared, but From Software isn’t concerned whether these games resemble the Dark Souls series or not.

From Miyazaki: Currently working on a number of games that should be interesting. We're not concerned about whether they resemble DS or not. pic.twitter.com/7mMcF26qsL

The Ringed City DLC for Dark Souls 3 was released earlier this week as the second and final expansion for the game.

At the close of the Age of Fire, as the world ends and all lands converge upon themselves, a lone adventurer descends into the madness of the earth and uncovers the secrets of the past. Players will make their way to the fabled Ringed City where they will encounter ancient beasts, a new cast of characters teetering on the edge of insanity, new armor, weapons, magic, and at the bottom of it all, a long lost city filled with new horrors for players to overcome.

Team up and take down fellow players with updates to Undead Match, a dedicated multiplayer mode first found in DARK SOULS III: Ashes of Ariandel™. Players who own either Ashes of Ariandel or The Ringed City will be able to play the new content found in Undead Match. DARK SOULS III: The Ringed City also contains two additional maps and an all-new feature enabling players to team up with two other friends who also enjoy battling each other in feats of wits and strength.

Dark Souls 3 and its expansion are available now for PC, Xbox One and PlayStation 4. Our very own The Ringed City DLC review can be read here.