Miyamoto: Hopefully Someday People Will Look Back on the Wii U as a First Step 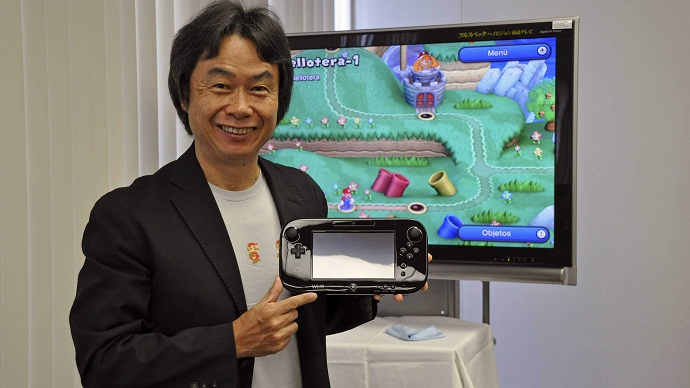 Shigeru Miyamoto, the legendary game designer responsible for creating Nintendo franchises like Mario, The Legend of Zelda and Starfox, was interviewed by The Verge during a hands-on event for the upcoming launch of Super Mario Run. This will be the first smartphone game made by Nintendo; powered by the Unity engine, it's scheduled to launch for iOS devices on December 15th (though you can already play it in Apple Stores all around the world) while Android devices don't have a release date yet.

Miyamoto suggested that the company has been helping push the games industry forward, even when it didn't work out immediately such as with the Nintendo Wii U console.

I hope people will continue to recognize the areas where Nintendo has taken that first step. And hopefully someday people will look back on the Wii U and think ‘Oh wow, I remember when Nintendo did that, and now look at what’s come of that.

It seems like Miyamoto considers the Nintendo Switch to be continuing in the footsteps traced by the Nintendo Wii U, perhaps by merging the tablet controller with the console to create a true hybrid system.

On the subject of Super Mario Run itself and how it may influence the future of the franchise starring the world's most famous Italian plumber, Miyamoto stated:

Super Mario Run is going to introduce millions of more people to the fun of Mario, and it’ll become the entry point for them. And then the question becomes, once you’ve gone through that entry point, then what comes next? Is it a more traditional Mario experience? Is it something like the Mario Galaxy games? We’ll then have to look at what it is these new fans want from a Mario game, and we’ll continue to see Mario evolve in that way.

According to rumors, the new 3D Mario game being developed for the Nintendo Switch console will be a launch title. We'll know for sure on January 12, during the official reveal live stream event.