During the Game Developers Conference 2016, DICE will be talking about rendering technologies used in the upcoming Mirror’s Edge Catalyst.

At the game developers event in San Francisco this year, EA DICE’s senior lighting artist, Fabien Christin, will be holding a visual arts session to give attendees an insight in the tools and technology used to render Mirror's Edge Catalyst. Additionally the lighting artist will be talking about the technical challenges DICE faced during development, and how they tried to overcome them.

Designing a big city that players can explore by day and by night while improving on the unique visual from the first Mirror's Edge game isn't an easy task.
In this talk, the tools and technology used to render Mirror's Edge: Catalyst will be discussed. From the physical sky to the reflection tech, the speakers will show how they tamed the new Frostbite 3 PBR engine to deliver realistic images with stylized visuals.
They will talk about the artistic and technical challenges they faced and how they tried to overcome them, from the simple light settings and Enlighten workflow to character shading and color grading. 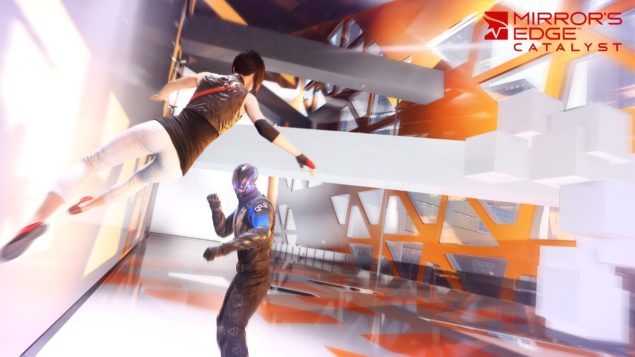 Furthermore, those attending the session, will get a look at the techniques used by DICE to create a dynamic time of day system with updating radiosity and reflections in the game.

Attendees will get an insight of technical and artistic techniques used to create a dynamic time of day system with updating radiosity and reflections.

Last week, EA announced a closed beta for their upcoming Mirror’s Edge instalment. PS4, Xbox One and PC owners can now put their name down for a place on the Mirror’s Edge: Catalyst closed beta, which will become available at some time between now and when the game is supposed to be released in May.